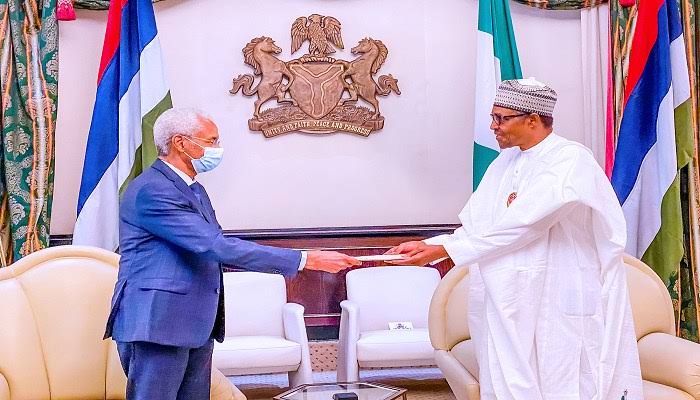 President Muhammadu Buhari has pledged that Nigeria will always be there for the Republic of Chad, saying that the countries were not only neighbours but brothers.

Buhari said this when he received a Special Envoy from President Idris Deby of Chad, at the State House, Abuja on Tuesday.

Mr Femi Adesina, the President’s Special Adviser on Media and Publicity said this in a statement on Tuesday in Abuja.

“Nigeria appreciates the support she is getting in tackling insecurity from Chad Republic.

“We are aware of the problem Chad has with Libya, which supports some Chadian rebels, trying to destabilise the country.

”The instability in Libya after 42 years of Muammar Gaddafi affects all of us in the Sahel region.

”From Mauritania to Central Africa Republic, Gaddafi recruited gunmen, who learnt to do nothing else than to kill. When the former Libyan leader was killed, they escaped with their arms, and are wreaking havoc all over the place now,” Buhari said.

While stressing that Nigeria was grateful to Chad for its numerous support in the fight against Boko Haram insurgency, the president assured that Nigeria will always support Chad to achieve its local and international aspirations.

The Special Envoy, Mr Amine Abba-Sidick, Minister of Foreign Affairs, African Integration and Chadians Abroad, conveyed a message from his president, whom he said sent fraternal greetings to Buhari and Nigerians in general.