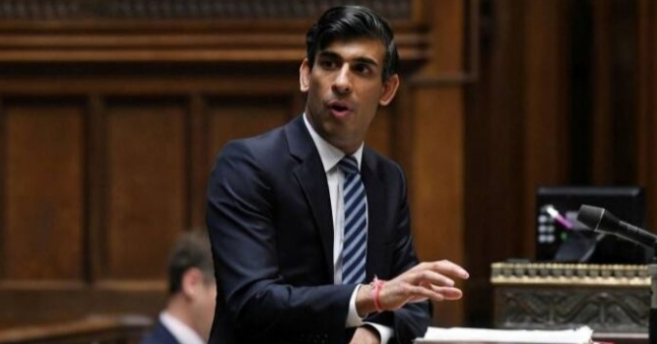 The United Kingdom is set to borrow £394 billion to deal with the economic impact of the coronavirus pandemic.

This is the highest ever amount the UK will borrow in its peacetime history.

UK chancellor to the exchequer, Rishi Sunak on Wednesday while presenting the 2020 spending review at the UK house of commons in view of the country’s national treasury said the pandemic will result in the shrinking of the UK economy by 11.3 percent and also lead to a rise in unemployment figures.

He said the office for budget responsibility (OBR) expects growth of 5.5 percent in 2021 and 6.6 percent the following year.

The chancellor said the UK will provide increased pay for healthcare workers in the country and low-income earners to cushion effect of the coronavirus.

“The UK is forcast to borrow a total of £394 billion this year equivalent to 19 percent of GDP, the highest recorded level of borrowing in our peacetime history,” he said.

“We will provide a pay rise to over a million doctors, nurses and others working in the NHS.

“We cannot protect every job. Despite the extraordinary support we have provided, the OBR expect unemployment to rise to a peak in the second quarter of next year of 7.5 percent, 2.6 million people.

“The OBR forecasts the economy will contract this year by 11.3%, the largest fall in output for more than 300 years. As the restrictions are eased, we expect the economy to start recovering growing by 5.5 percent next year, 6.6 percent in 2022, then 2.3, 1.7 and 1.8 percent in the following years.

“Even with growth returning, our economic output is not expected to return to pre-crisis level until the fourth quarter of 2022. The economic damage is likely to be lasting. In 2025, the economy will by three times smaller than expected.”