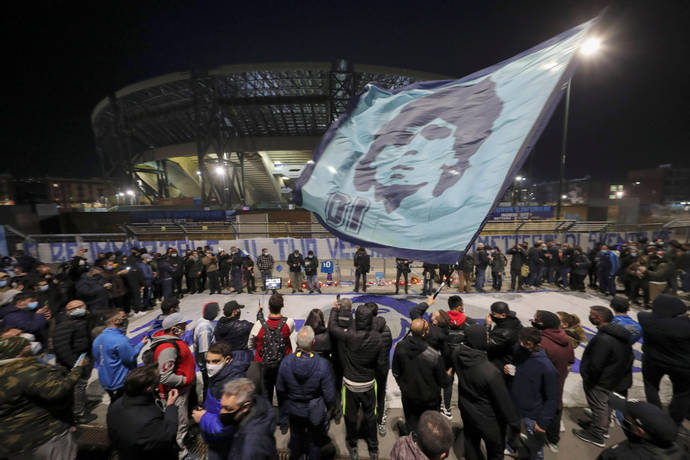 Napoli are considering to rename the San Paolo stadium after the late Diego Maradona, who died on the 25th of November, 2020 in Tigre, Argentina.

“We can consider the idea of calling our stadium San Paolo-Diego Armando Maradona’ after the Argentine legend, who scored 115 times in 259 appearances for the club.

“We are already putting it together this morning, taking the first steps to dedicate Naples stadium to Maradona,” De Magistris said.

“Its a process but it will be a quick process, because when there is such a strong desire there’s nothing that will hold us up.”