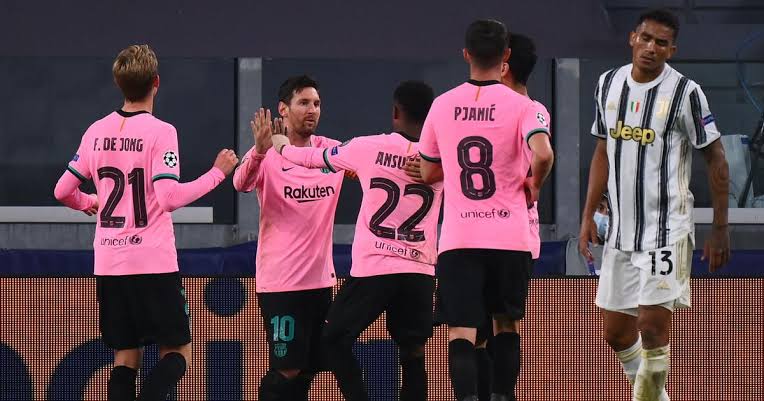 Barcelona players have agreed to pay cuts worth €122m (£110m) as the club looks to recover financially from the coronavirus pandemic.

The Spanish giants currently have the highest wage bill in world football but Lionel Messi and his team-mates have agreed to reduce their salaries for the rest of the 2020-21 season.

As well as the initial hefty saving, the club have also deferred €50m (£44.9m) of variable payments over a three-year period.

La Liga president Javier Tebas brought in the financial measures to reduce spending by clubs since income streams have reduced due to the ban of supporters from stadiums amid the ongoing pandemic.

After weeks of negotiations with key figures such as Lionel Messi, Antoine Griezmann and coach Ronald Koeman, Barca have now confirmed their new financial road map.

“Today, the parties have reached an agreement in principle that allows an adjustment to salaries for the current season,” the club confirmed Friday, November 27, in a statement.

“[This is] for an amount of €122 million [in] fixed remuneration, which is added to the deferral for three years of variable remuneration from this season [onward], budgeted at an approximate figure of €50 million.

“This principle of agreement is pending ratification in the coming days by the group of players and coaches affected.

“The agreement, if it is ratified, will be a milestone of great importance to redirect the current economic situation.

“That both parties recognise the great effort that has had to be made to reach this principle of agreement, [they should] congratulate themselves for it.”

Barcelona have struggled this season. They have won and lost three games which sees them stuck in 13th position.