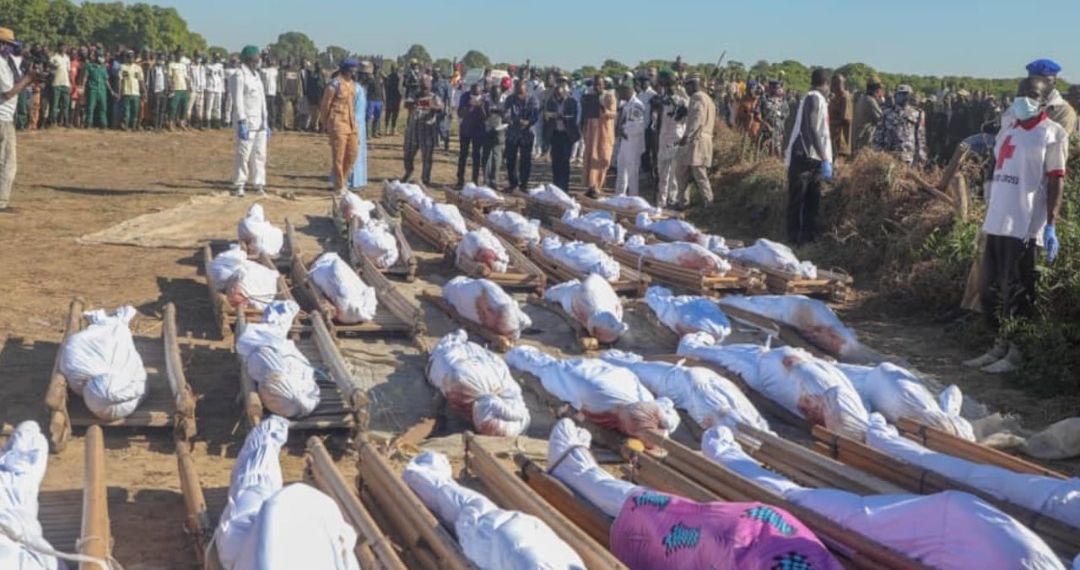 The killing of more than 40 farmers have been condemned by the United Nations in Borno state.

Recall that the rice farmers were slaughtered in Jere local government area of Borno on Saturday, following an attack by armed men said to be members of the Boko Haram sect.

The condemnation was contained in a statement released on Sunday by the UN resident and humanitarian coordinator in Nigeria, Edward Kallon.

The humanitarian coordinator described the incident as “the most violent attack” targeted at civilians in 2020.

“I am outraged and horrified by the gruesome attack against civilians carried out by non-state armed groups in villages near Borno State capital Maiduguri. Tens of civilians were ruthlessly killed and many others were wounded in this attack,” he said.

“I extend my sincere condolences to the families of the civilians who lost their lives in this atrocious attack. I also wish a speedy recovery to those who were wounded in the incident.

“We have also received reports that several women may have been kidnapped. I call for their immediate release and return to safety.

“My thoughts are also with the rural communities in the area, who are shocked by the brutality of yesterday’s attack and fear for their safety.

“I strongly condemn this attack and any act of violence against innocent civilians and I firmly urge all actors on the ground to respect international laws and humanity.

“Rural communities in Borno State are facing untold hardships. Helping them to farm land and rebuild livelihoods are amongst our priorities and the only way to avoid the looming food crisis in Borno State. They and all other civilians need to be protected and spared from any kind of violence.

“Innocent women, children and men desperately need food and other support and assistance, particularly at a time when we are recording some of the highest levels of food insecurity in Borno State. We owe to do our utmost to help them survive these difficult times.”