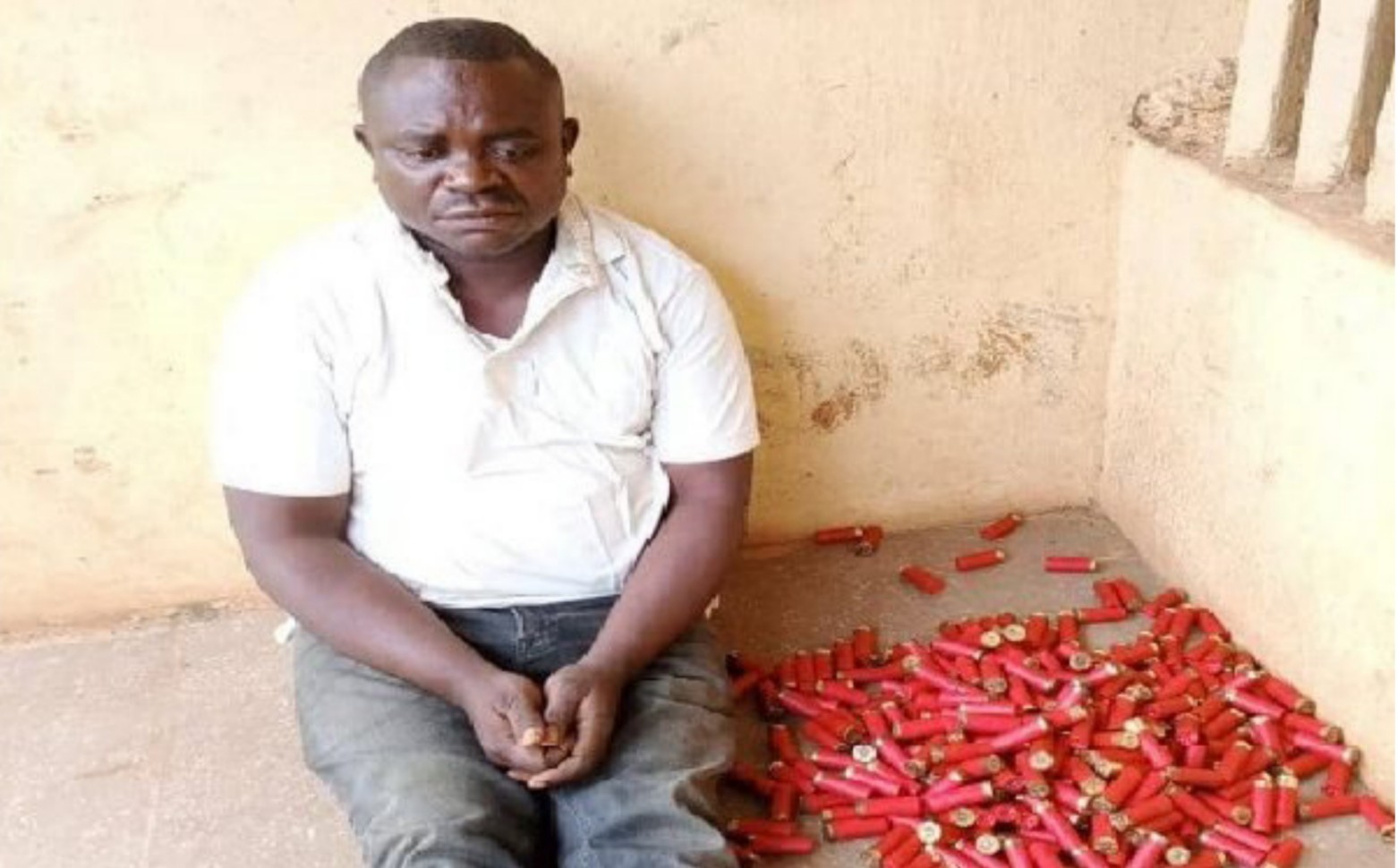 The Police command in Cross River State have paraded a 52 year old man, Cyprian Mbe who is suspected to be involved in arms dealings.

He was arrested during a stop and search action by the Police Divisional Patrol team in Etung local government area of the state.

The suspect, Cyprian Mbe, a native of Bashia Village in Boki LGA was intercepted at the weekend with (299) live Cartridges concealed in a black bag.

The Commissioner of Police, Abdulkadir Jimoh while briefing newsmen on Monday in Calabar disclosed that suspect has been a gun runner for long as well a promoter of native wars in Etung local government area where he was apprehended and neighbouring local governments.

CP Jimoh maintained that the suspected gun runner is also a promoter of Native war among communities and that it took the efforts of the vigilant Etung Division patrol team who were on routine stop and search to apprehend the suspect.

He said the suspect was arrested by the patrol team during a stop and search at Bendeghe in Etung Local government area.

Adding that the Police was still investigating to get more information about suspect’s dealings and “he would be charged to Court immediately we conclude,” he said.