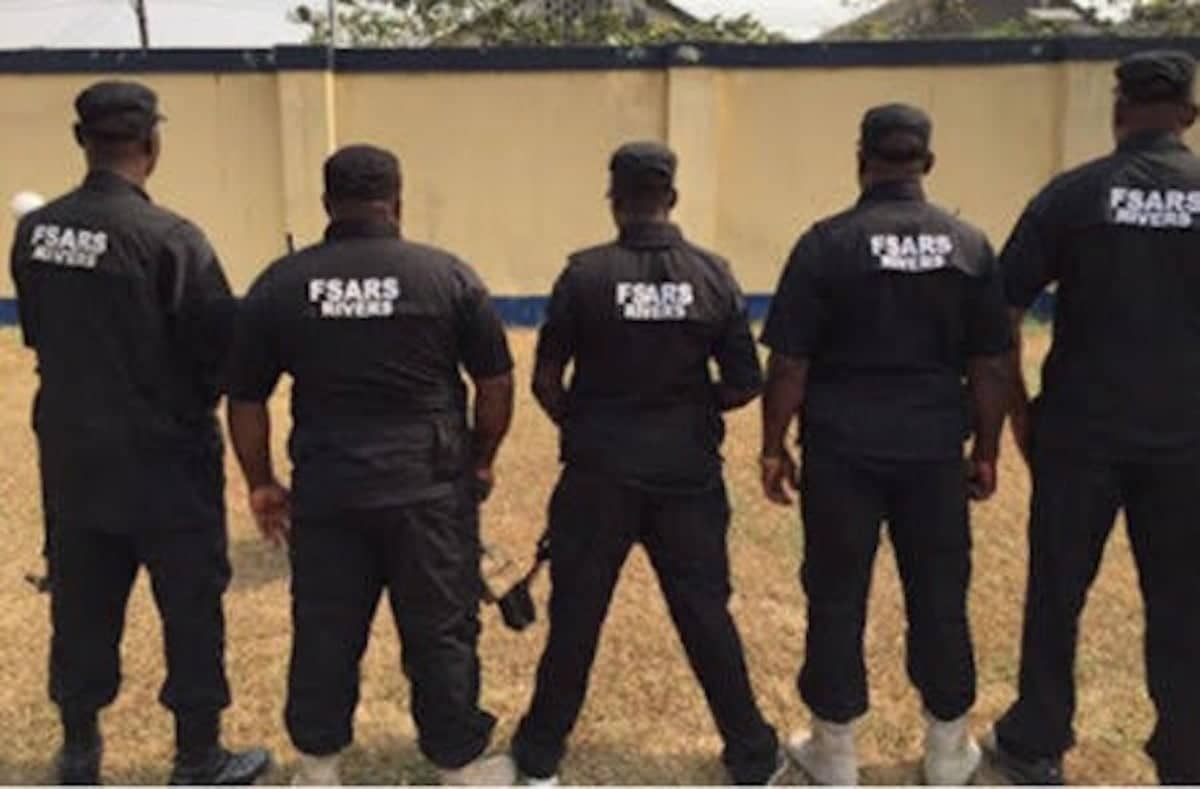 Two friends were allegedly tortured to death by policemen attached to the disbanded Special Anti-Robbery Squad (SARS), inside their popular Magbon office in Abeokuta, the Ogun State capital.

Newsmen learned that the two friends, Monsuru Bakare and Babatunde Ismaila were arrested in November 2018 by a team of SARS operatives led by one Inspector Adedeji Oladipupo for alleged robbery.

While the corpse of Bakare is still in the mortuary, Ismaila, it was gathered, had been buried, with the SARS operatives paying his burial expenses.

A brother to the late Bakare, Adekunle Bakare and the wife of his late friend, Rashidat Ismaila, both filed a petition before the Ogun State Judicial Panel of Investigation.

Adekunle Bakare told the panel that his brother was arrested and denied access to his family members, who he said did not know the reason for his detention at Magbon.

“On November 25, 2018, one officer KC called me to come to Magbon. When I got there, he told me my brother’s clothes were dirty, that I should bring another one. I went back the same day with another cloth. That was when I met their boss, SP Ubah, and he told me that my brother was dead. I cried and sought to know how he died. They took me to the mortuary at Ijaiye General Hospital to see his corpse. I saw wounds all over his body. He was tortured to death,” the bereaved brother told the Ogun judicial panel.

Adekunle Bakare appealed to the panel to help in releasing the body of his brother for burial, saying the police had refused to do so despite appeals from the family.

But, the accused police officer, Adedeji Oladipupo, countered Bakare during cross-examination, saying he had called him to come for the corpse of his brother.

While explaining the circumstances surrounding the death of her own husband, Rashidat Ismaila told the panel that the same team of SARS operatives invaded her house around 1am on November 19, 2018, with Bakare, claiming that the two friends were in possession of a gun.

Rashidat said the policemen took her husband away, even when they could not find a gun in their room.

“I made several efforts to see my husband but I was denied access to him. A few days later, I was called by one officer John Jagaban that my husband was in a coma and he had been taken to the hospital. When I saw him at the hospital, I could see he was tortured and burnt with hot pressing iron.

“After about two months in a coma he was moved from the ICU to the normal ward by the doctor, but nothing had changed. Later, blood and pus started coming out from his private parts and he eventually died on January 31, 2019,” the widow submitted.

She appealed to the panel to get her justice for the “unlawful killing” of her husband.