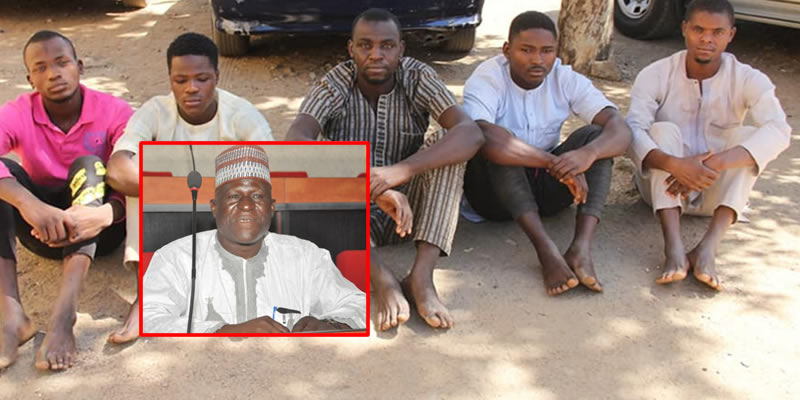 18-yrs-old, 3 other suspects arrested in connection with the murder of Bauchi lawmaker, Musa Mante

The Bauchi State Police has arrested four suspects in connection with the murder of a member of the State House of Assembly representing Baraza Dass constituency, Musa Mante Baraza.

WITHIN NIGERIA recalls that the lawmaker was killed by the gunmen on August 13, 2020, at his residence in Dass. The gunmen invaded his house, shot him dead, and thereafter abducted two of his wives and his one-year-old son.

Spokesperson of the Command, DSP Ahmed Mohammed Wakil, who confirmed the development on Friday, December 4, when he paraded the suspects alongside others at the command Headquarters, said they were arrested on November 14.

“They robbed him eight different phones all valued at three hundred thousand naira (N300,000:00k) thereafter shot him dead. On receipt of the report a joint operation between IRT and Command detectives swung into action rescued the victims and arrested the above-mentioned suspects. During investigation Hon. Musa’s phone Tecno Handset with MTN sim card was recovered from their possession.” he added.

Wakil said investigation is still in progress after which the suspects will be charged to court for prosecution and possible conviction.

Meanwhile, the Commissioner of Police Bauchi State Police Command CP Lawan Tanko Jimeta, has directed all suspects to be profiled and charged to court.