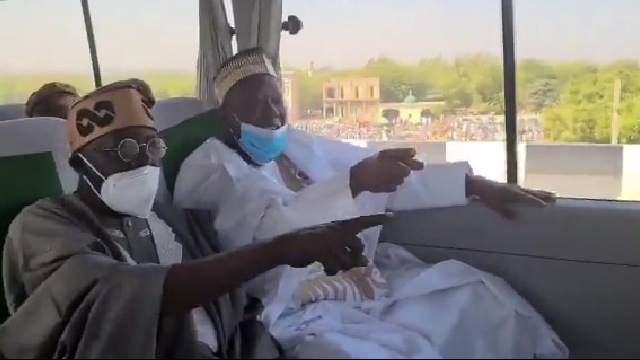 Recall that WITHIN NIGERIA had earlier reported that Jaafar Jaafar, the journalist that released the purported videos of Kano state governor, Umar Ganduje allegedly collecting bribes in dollars from some of the state contracts, today appeared before the Kano State Assembly Investigative Commitee investigating the allegation.

The national leader of the ruling party, APC described the Kano state governor, Ganduje as one of the leading thinkers for the unity of the country.

The former governor of Lagos further stated that he was moved by the role Ganduje plays for the unity of the country, telling the audience that the Kano governor deserves accolades.

In the area of infrastructural development, Tinubu appreciated that, “From airport to this place I have seen so many developmental projects that add many positive things to Kano state, a rather happy Tinubu said.

“We are elated by your hardwork and commitment towards developing the state. This is commendable. I urge you (Ganduje) to continue developing Kano state, we all have faith in you and your patriotic posture,” Tinubu added.

Ganduje said he stopped the work he planned to do on Friday when he learnt of Tinubu’s visit to Kano. 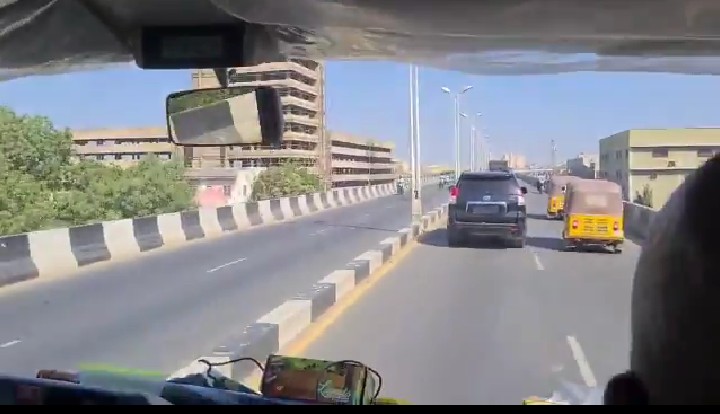 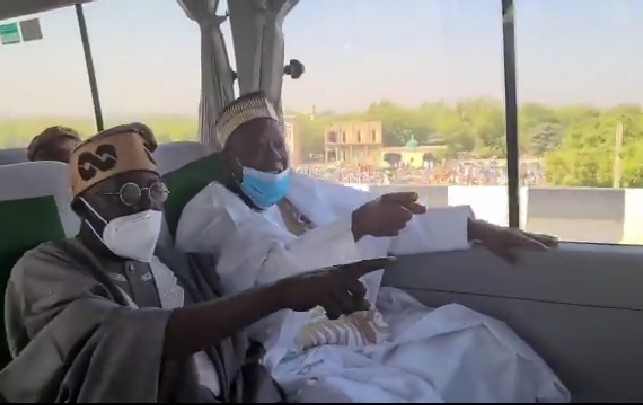 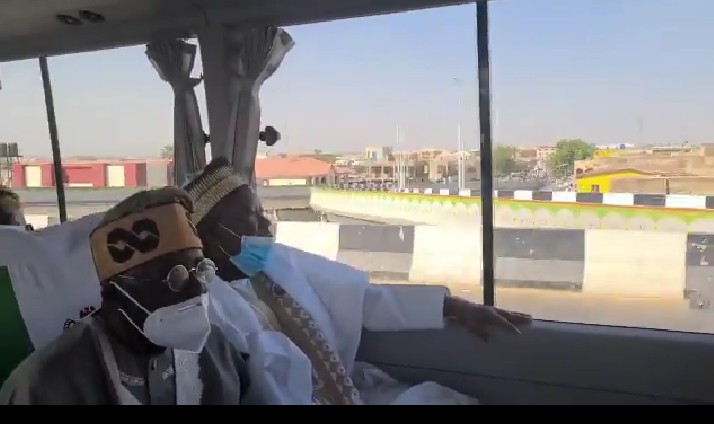