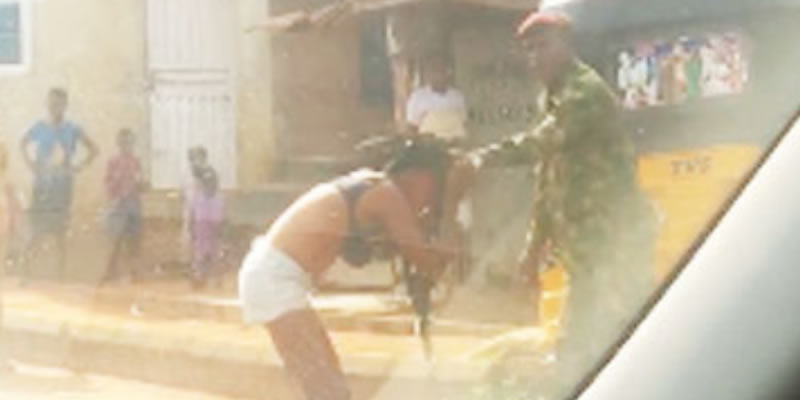 On Saturday, a young lady was assaulted by a soldier because she dressed in a manner he considered indecent.

The lady, who was dressed in a pair of shorts and white knitted coverup, was trekking on the road, around 9:47 am at Oju-Ore in the Ota area of Ogun State, when she was assaulted.

Eyewitnesses told newsmen that the soldier, who was riding in a commercial bus, alighted from the bus and pounced on the young lady, unprovoked.

Eyewitnesses reported that he slapped the young lady repeatedly and when the shocked lady attempted to run away from the unprovoked assault, he pulled her back violently with her braided long hair.

The soldier was caught on video yanking off the young lady’s blouse and had also wanted to take off her bra when passersby intervened. 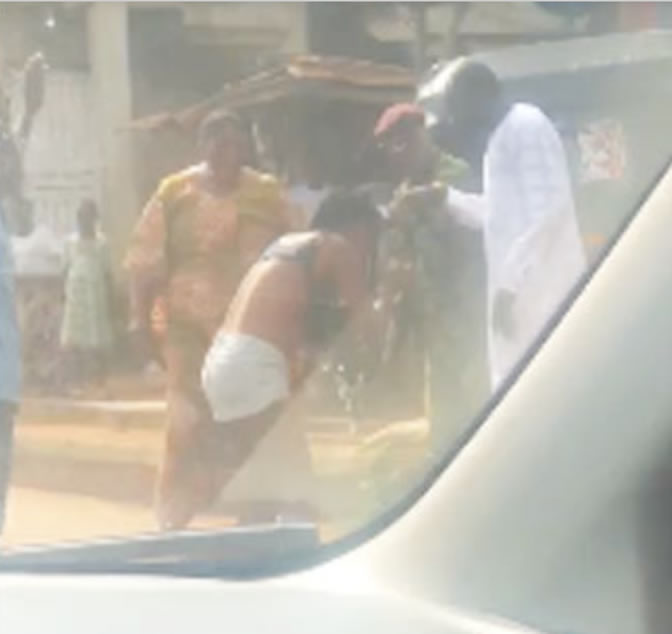 They begged him repeatedly before he let go of the lady.

He then joined the commercial bus he was riding in and the driver drove off. Watch short clip from the scene below;

Efforts to reach the spokesman for 81 Division of the Nigerian Army, Major Olaniyi Osoba, for comments proved abortive on Saturday as his line was switched off as of the time of filing this report.

Last month, soldiers deployed in the streets of Beere in Ibadan, Oyo State, to curb the #EndSARS protests were also caught on camera flogging a woman for what they termed ‘indecent dressing’.

Rights group, Amnesty International, has accused the Nigerian military of committing several acts of abuse some of which include whipping, forced haircuts, and sometimes, extrajudicial killings.