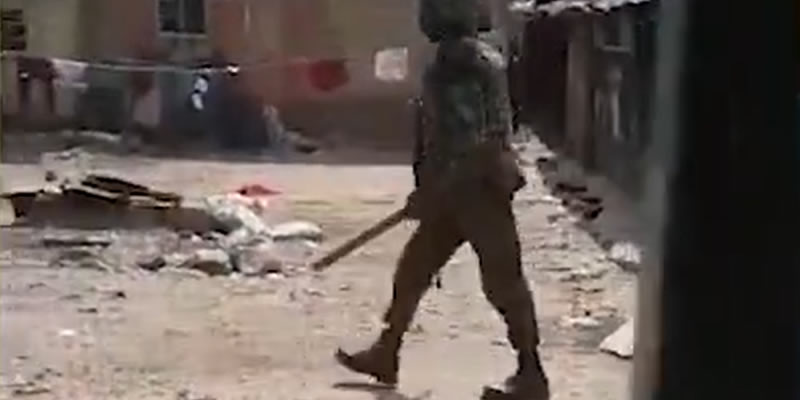 A yet to be identified Nigerian soldier has been caught on camera shooting an unarmed civilian in broad daylight.

According to a video posted on social media by Punch Newspaper, the shooting reportedly happened somewhere in Abuja, the federal capital territory.

In the video which has gained thousands of views, a Nigerian soldier was seen firing shots at an unarmed Abuja resident.

As at the time of filing this reports, what transpired to the action of the military man is yet unknown. Watch video below

The incident is happening at the time the Nigerian government is yet to fully unravel the killings that happened at the Lekki Toll Gate in Lagos State, on Tuesday, 20th of October. Despite video evidence, the Nigerian military had denied involvement in the Lekki shootings which was condemned locally and internationally.