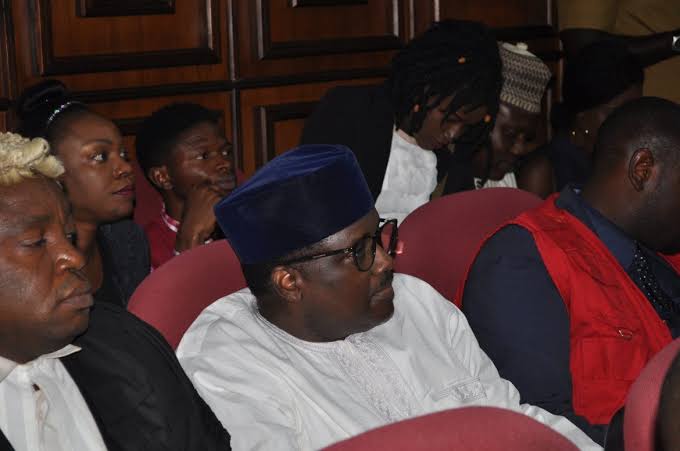 I have no case to answer – Maina tells court

Abdulrasheed Maina, former Chairman, Pension Reformed Task Team (PRTT), on Wednesday, told the Federal High Court, Abuja, that he had no case to answer in the allegations levied against him by the Economic and Financial Crimes Commission (EFCC).

Maina, who told Justice Okon Abang shortly after the EFCC, through its counsel, Farouk Abdullah, closed its case, said he would be filing a no-case submission.

The former pension reformed boss, through his lawyer, Anayo Adibe, made his intention known shortly after he cross examined the ninth prosecution witness (PW9), Rouqquaya Ibrahim, an EFCC investigator.

Justice Abang adjourned the matter until Friday (Dec. 10) for counsel to defendant, Adobe, to address the court orally and for the prosecution counsel, Abdullah, to respond to the no-case submission.

The News Agency of Nigeria (NAN) reports that Maina (1st defendant) was arraigned before Justice Abang, on Oct. 25, 2019, by the EFCC alongside his firm, Common Input Property and Investment Ltd.
Although he is facing 12-counts bordering on money laundering up to the tune of N2 billion, he had pleaded not guilty to all the charges.