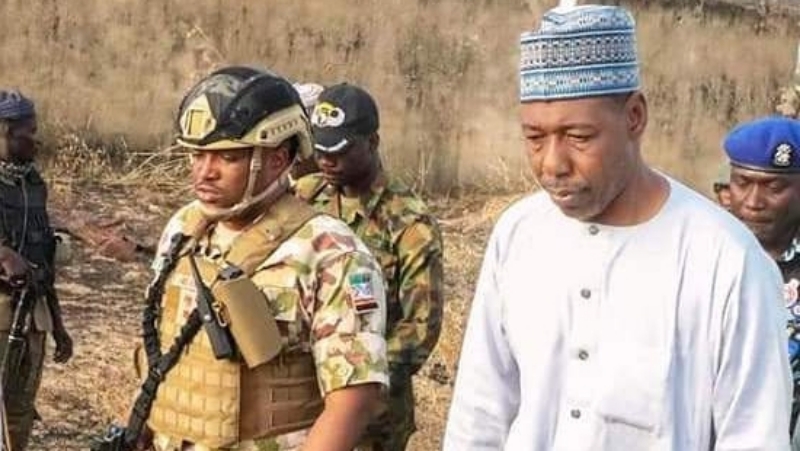 Borno State Governor, Babagana Zulum, has expressed the commitment of the state in the fight against insurgence and other acts of terrorism in the state.

The governor vowed that the state will not be discouraged in its efforts to get rid of criminal elements in the state.

He made the vow in Abuja at the Topflyers Magazine award ceremony, where he was conferred with the outstanding performance award by the organisation.

Governor Zulum had recently called for a political solution to end what he described as “madness’’ afflicting the state.

He made the call after a private meeting with President Muhammadu Buhari at the State House, Abuja.

He announced plans to repatriate Nigerians taking refuge in some border communities in neighbouring Chad Republic.

Zulum disclosed the repatriation plans during his visit to refugees at Darsalam Refugee Camp at Baga Sola, a border community in Chad, yesterday.

The governor said he was visiting the refugees to understand their plight and expectations. He also distributed N50 million to the refugees with each receiving N10, 000 for upkeep.

“I am here in Chad to see our people currently taking refuge at The Darsalam camp in Baga Sola. We met them yesterday. Our people are doing very well, the government of Chad is taking care of them. So, I am here to express appreciation to the president for his generosity towards our people here in Chad.

“We have also discussed how we can voluntarily repatriate our people back to Nigeria. Basically, we are here for three things: meet our people, thank the government of Chad, and intensify collaborative efforts to repatriate those who are willing to be safely resettled in different parts of Borno,” Zulum said.