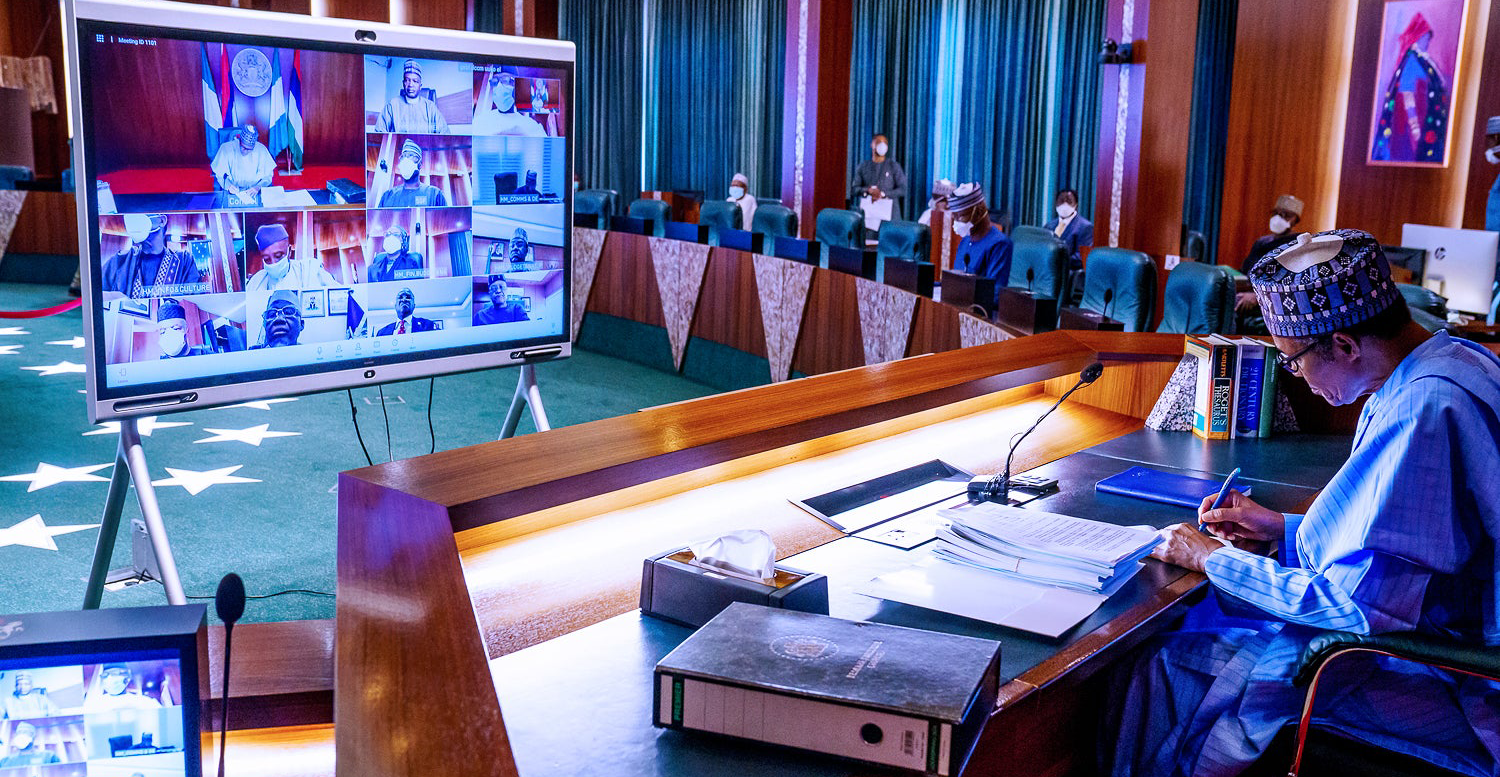 The Federal Executive Council (FEC) has approved projects worth N44.5 billion for various contracts under the ministries of Federal Capital Territory (FCT), Works and Housing, and Power.

This was disclosed to State House Correspondents after the week’s virtual FEC meeting, presided over by President Muhammadu Buhari at the Aso Rock Presidential Villa, Abuja.

Addressing journalists after the meeting, ministers, led by the Minister of Information and Culture, Alhaji Lai Mohammed, reeled out projects in various parts of the country, including the FCT.

The Minister of the FCT, Mohammed Bello, said Council approved contracts for water treatment projects and roads within the territory, to the tune N31, 630,221,349.

He said the approval given for road contracts was in favour of an upwards review of some roads within the territory.

“Federal Executive Council meeting approved the award of contract for the procurement of Field Materials ((ALUM and Gaseous Chlorine) for Water Treatment by the Federal Capital Territory Water Board, to Messrs Gojac Nigeria Limited at the sum of N627,600 and Mudpha Nigeria Limited at N200,000. Completion period is 12 months.

“It also approved request for upward review of the contract sum for the completion of roads B6, B12 and Circular Road, Central Area District, Abuja – Revised Estimated Total Coat (RETC) No. 2, awarded to Messrs Julius Berger Nigeria Plc.

Also speaking at the briefing, the Minister of Works and Housing, Babatunde Fasola (SAN), said his ministry presented a memorandum on behalf of the Federal Roads Maintenance Agency (FERMA) for various general repairs in different parts of the country.

“The Ministry of Works and Housing presented a memorandum on behalf of the Federal Roads Maintenance Agency, (FERMA). This was for general repairs, emergency repairs and maintenance of roads and critical intervention on 10 roads in different parts of Nigeria.

The Minister of Power, Mamman Saleh, said the Council approved two memoranda for the ministry, adding that the aggregated cost of the projects on the memoranda stood at N4.7 billion.

“Today the Federal Executive Council approved two memos from the Ministry of Power. One is the revised estimated total cost in the contract of construction of infrastructure at the National Power Training Institute of Nigeria permanent site in Abuja. The total cost is 88.046 million.

“The second approval by the council is the extension of the contract time for the consultancy service in the project management and supervision of the ongoing construction of Zungeru at the power project in the sum of $3.5 million and N3. 4 billion equivalent to N4.7 billion,” he said.