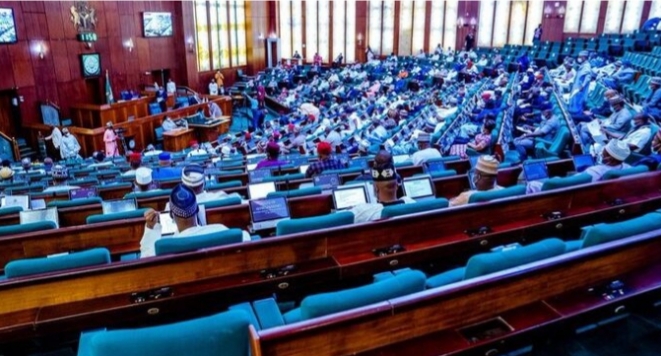 Insecurity: We didn’t apologise to Buhari for summoning him – Reps

The house of representatives says it did not apologise to President Muhammadu Buhari over the resolution inviting him to brief the parliament on the state of security in the country.

On December 1, the house of representatives passed a resolution summoning the president, following the killing of more than 40 farmers in Borno state.

The motion was moved by Satomi Ahmad, lawmaker representing Jere federal constituency, and nine others from Borno.

But Abubakar Malami, attorney-general of the federation (AGF), said the national assembly has no constitutional power to summon the president.

On Sunday, a report said the house suspended the plan to invite the president and had apologised to him.

“We also got intelligence that some of those lawmakers who sponsored the motion because of Zabamari rice farmers went through the back door to the presidency to apologise over their insistence that the president must appear before the national assembly,” a source was quoted have said.

In a statement on Monday, Benjamin Kalu, spokesperson of the house of representatives, said the house did not apologise to the president for exercising its constitutional mandate.

“It has come to the knowledge of the house that few sections of the media reported that House apologized to the Presidency over the resolutions of the House which arose from the motion sponsored by members from Borno State, requesting for the invitation of the President to brief the nation on the state of insecurity in the country,” he said.

“The President or the Presidency as the case may be, never sought for an apology from the House of representatives for carrying out her constitutional responsibility to the Nigerian electorate. Where then did the media get the report that the House as an institution apologized to anyone? Media professionals are advised to uphold the ethics of their profession.

“For the avoidance of doubt, the House never apologized to anyone for exercising her constitutional mandate and the 9th assembly of the House of Representatives under the leadership of Speaker Femi Gbajabiamila will not do anything to desecrate or destroy the critical institution of democracy – the Legislature. We strongly believe that President Muhammadu Buhari subscribes to these democratic ethos and ideals as well.”