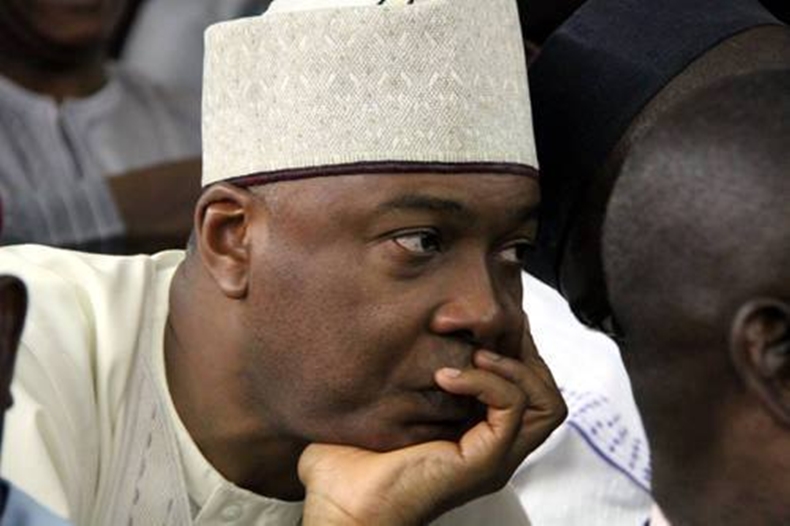 Senator Bukola Saraki, the former senate president has revealed why they did not confirm some of President Buhari’s appointees.

This statement was made by the former Kwara state governor in tweets shared on his official Twitter handle in response to Dele Momodu’s tweet of never hiding his admiration for him.

The former Governor of Kwara state stated that they didn’t confirm some Buhari’s appointees because they did their due diligence.

Saraki averred that it was never a personal agenda but always about Nigeria. He tweeted;

Thanks @DeleMomodu ! Compliments of the season! As I used to emphasize during our conversations while I was President of the 8th @NGRSenate: the decisions that we took, the positions we adopted, and the interventions that we embarked on were in the interest of the nation.

When we didn’t confirm certain appointees, it was because we did our due diligence. When we invited the IG & the security chiefs, it was because we wanted to find solutions to the issues of insecurity at the time. It was never about a personal agenda. It was always about Nigeria! 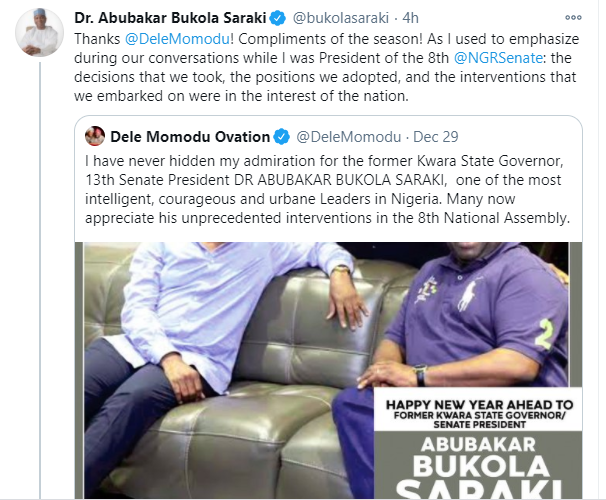