Queen Ewuare, one of the wives of the Oba of Benin has placed a curse on online scammers.

This curse was placed on the scammers by the Queen after sharing a chat she had with the fraudster who scammed someone she knows.

From a screenshot of the conversation which was obtained by WITHIN NIGERIA, it appears someone who is related to the queen ordered an item from an ‘instagram seller’ but the person was defrauded and never got the item. 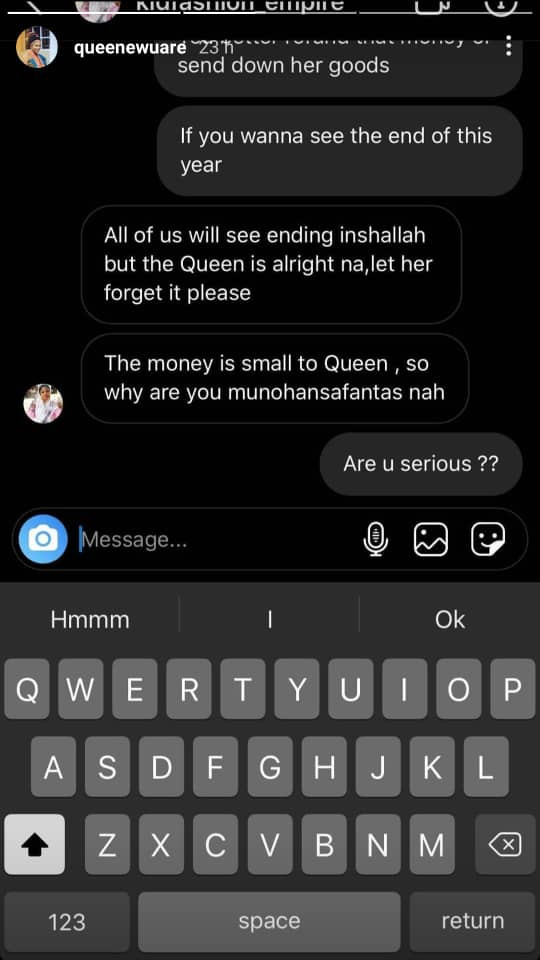 It was further assembled that the monarch’s wife chatted with the ‘Instagram seller’ but was not satisfied with the comment she got from her after she contacted the seller.

The monarch’s wife who is angered about the response she got from the Instagram seller went on to place a curse on the person. 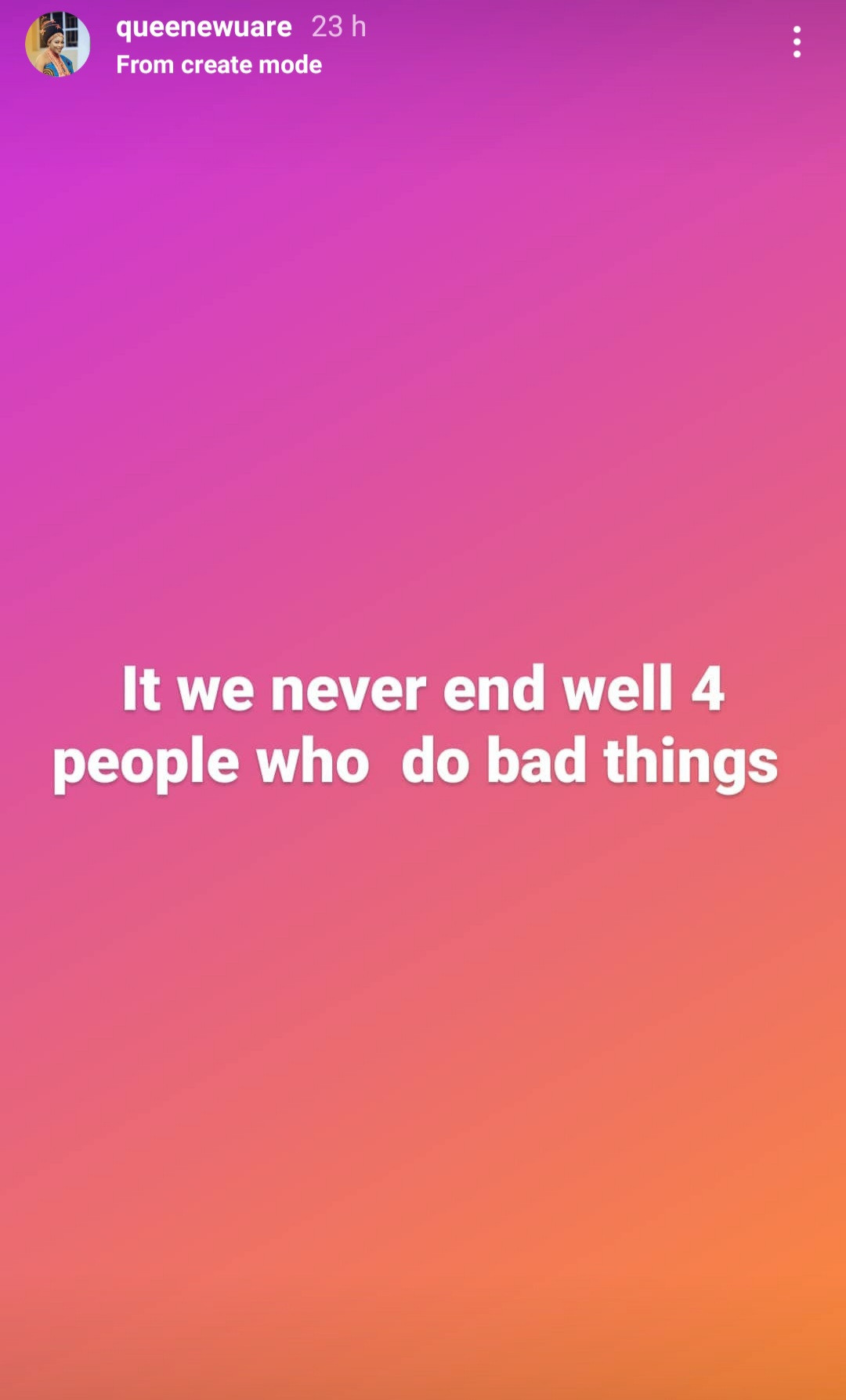 In other news, WITHIN NIGERIA reported that the arrival of a newborn baby into the royal home of the Oba of Benin, Omo N’Oba Ewuare II, has been announced on Monday.

The traditional ruler, who was installed on October 20, 2016, welomed a baby boy with his second wife Princess Iyayota (Obazuwa Nerie)

Oba Ewuare who disclosed this at a press briefing at his palace through the Iyase of Benin, thanked God and the ancestors for the baby, noting that mother and child are alive, hale and healthy.

Pastor Adeboye to Bill Gates: We don’t have money to fight COVID-19 but we have God