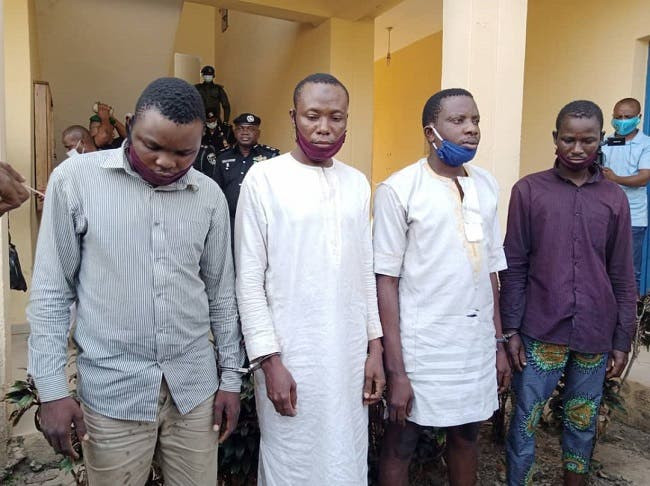 Four suspects have been arrested by Osun state police command over ritual killing in Yemoja area of Iwo.

This was disclosed by the state commissioner of police, CP Wale Olokode while parading the suspects at the Police Headquarters in Osogbo on Tuesday, January 5.

The CP said Garuba Lukman Famous, Tajudeen Monsuru and Hamsat Akeem were arrested for allegedly killing a woman identified as Mutiyat Alani, a man, Akinloye Ibrahim and many other victims for money ritual in Iwo.

Another suspect, Awayewasere Yusuf, who bought the body parts of the victims told reporters that he bought the human parts from the suspected gangsters and thereafter sold them to some suspects who are still at large. 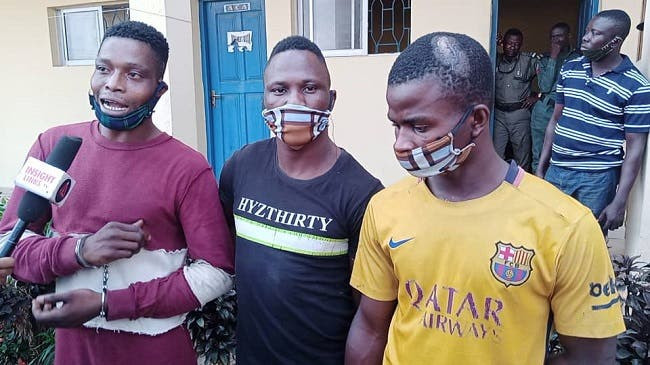 Also paraded were three other suspects, Lawal Dauda, Bello Taofeek and their ring leader, Aderemi Serif popularly known as Sungbengbe. The trio were arrested for terrorising Sabo area of Osogbo, where they killed two men.

Speaking with newsmen on the development, CP Wale Olokode stated that the suspects would be arraigned in court after the completion of investigations.

“The war against kidnapping, armed robbery and other violent crimes continue and I want to say that the morale of my officers and men remain encouragingly high,” he said.

“Today, the command has successfully apprehended suspected criminals that have been terrorizing some communities the state. They have made useful statements and confessed to their various operations. At the conclusion of the investigation, they will all be arraigned in court,”

“I want to enjoin the good and law-abiding citizens of the state to cooperate and join hands with the police and other law enforcement agencies to protect their communities from the criminal-minded person(s) and I am assuring the citizenry of my unrelenting commitment and sterner security mechanisms put in place to serve them better.”

He stressed also that, “policemen will be made more visible in the state through adequate protection of key and vulnerable points, intensive patrols of neighbourhoods, business districts, and roads, constant surveillance and regular raids of black-spots and criminal hideouts.

“The command will take the battle to the den of kidnappers, cultists, drug dealers, sea pirates, traffickers, indeed criminals of all hues and their sponsors, procurers, counsellors and accessories in and outside the state. Our war mantra will be ‘criminals, here are your own coins.’ We will pay criminals back in their coins.

“Under my watch, Osun State is going to be a no-go area for criminals as nowhere in the state will be conducive for them to fester or hibernate. We are going to roll out all in our arsenal to wage war against any form of violent crime such as armed robbery, kidnapping, cultism, ritual killings and other sundry crimes.

“To the law-abiding citizens of the state, be rest assured that your safety is guaranteed all the time as the command will do everything possible within the ambit of the law to protect you and your property.”