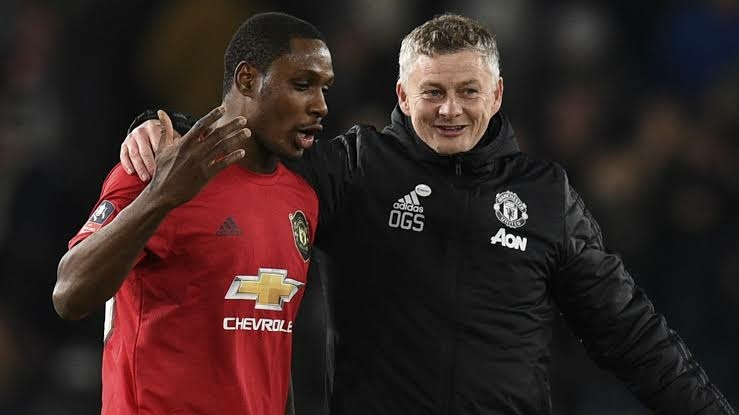 Manchester United manager, Ole Gunnar Solskjaer, has confirmed that Odion Ighalo will be included in the squad to face Watford in the FA Cup third round on Saturday.

Ighalo is due to return to China when his loan spell expires at the end of the month.

The former Nigeria international has struggled for game time since the arrival of Uruguay marksman Edinson Cavani and has not figured for the Red Devils since his late introduction in a 3-1 loss to Paris Saint-Germain on December 2.

He wasn’t in the squad for Wednesday night’s 2-0 loss against Manchester City but Solskjaer said he would be involved against his old club.

“Odion, it’s special for him against Watford, he will be involved, he’s in the squad,” said Solskjaer.

“He’s been training really well, he was the top scorer in round robin we just finished. He’s not lost any of his quality, it’s been difficult for him to be out of the squad as many times as he has because he did really well up until the summer.

“This season he’s not had as many opportunities and not let himself down as a professional and a human being. He’s always a positive influence in the dressing room. Hopefully I don’t need to put him on in that we need goals, but hopefully he can join in.”

Ighalo said earlier this week he was hoping to play against his former employers.