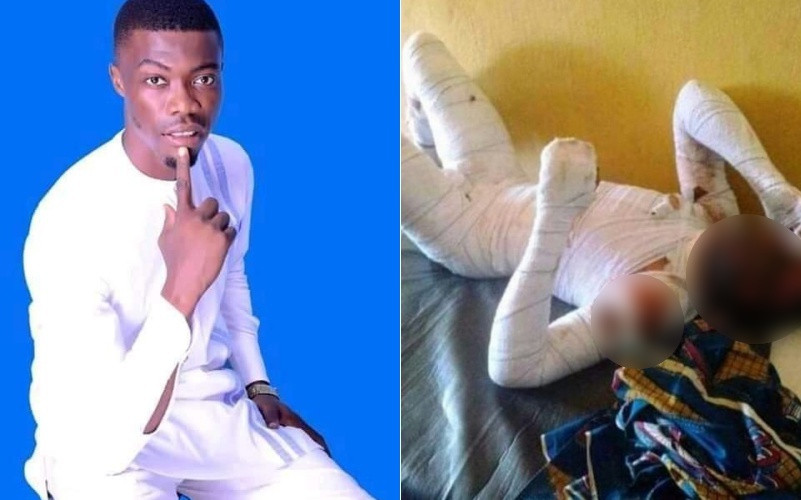 Chidimma Omah, the man whose girlfriend allegedly set ablaze in Makurdi, the Benue State capital on Monday, is dead.

According to the police, Omah died from the burns he suffered from the attack.

The police had confirmed that the 18-year-old girlfriend, Alex Esther, had set Omah’s apartment on Zaki Biam Street in Makurdi ablaze around 2am on Monday.

Giving an update on the incident on Tuesday, the spokesperson for the state police command, DSP Catherine Anene, said Omah died around 10pm on Monday at the Federal Medical Centre, Makurdi, where he was receiving treatment.

Neighbors said Esther must have drugged Omah before spraying his one-room residence with fuel and set it ablaze while he was asleep.

It was gathered that the suspect had been transferred to the state police headquarters for further investigation.