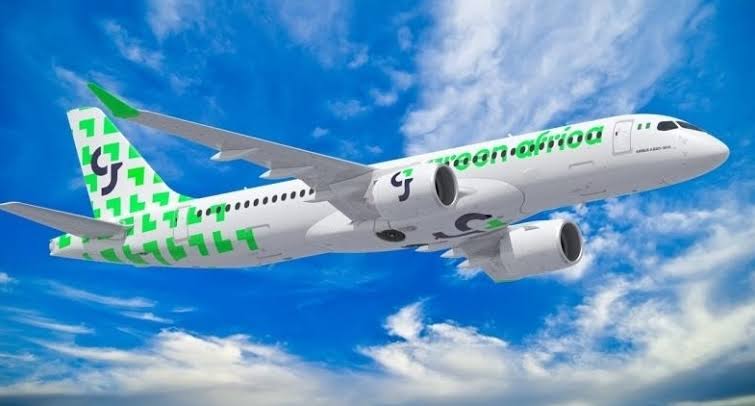 A proposed low-cost carrier – Green Africa Airways – is set to commence operations in Nigeria. It has already reached the final stage of certification.

It was learnt that the promoters of the carrier are putting finishing touches to secure the Air Operator’s Certificate (AOC) from the Nigerian Civil Aviation Authority (NCAA), a mandatory regulatory prerequisite before any scheduled carrier could take off.

It was also gathered that the commencement of flight operations by Green Africa Airways promises to reshape the aviation industry with its state-of-the-art aircraft.

Despite the ongoing pandemic, industry analysts agree that the long-term potential in the aviation market remains vibrant.

Last October, Green Africa had formed a strategic partnership with First City Monument Bank (FCMB), which yielded $31 million in a combination of standby letter of credit and rolling working capital.

The planned unveiling of its crew uniform tagged “The Runway” will be made public soon.

While Green Africa is yet to provide information about its launch and routes networks, the public continues to speculate ahead of its launch which the company says is on track for this year.

According to a source at NCAA, “the airline is serious. They mean business and could start soon, as they are close to acquiring the Air Operator’s Certificate (AOC)”.

This stance corroborates the statement of the Director-General of NCAA late last year when he said the country could witness more four airlines in 2021.

Green Africa being confident of all its scheduled plans, has given out 24 free tickets during the December 2020 promotion tagged “This the season to gift”.

A cross-section of their social media pages shows various winners, all from different walks of life which shows the airline is for everyone, including those that take road transportation.

This is a daring step that most airlines around the world take only when they are already in operations. This feat is a stamp of commitment to get into the air as soon as possible.

Before COVID-19 was declared a global pandemic, Green Africa ordered fifty A220-300s from Airbus and also committed to leasing an additional three of the aircraft type from leasing company, GTLK Europe. This was in February 2020.