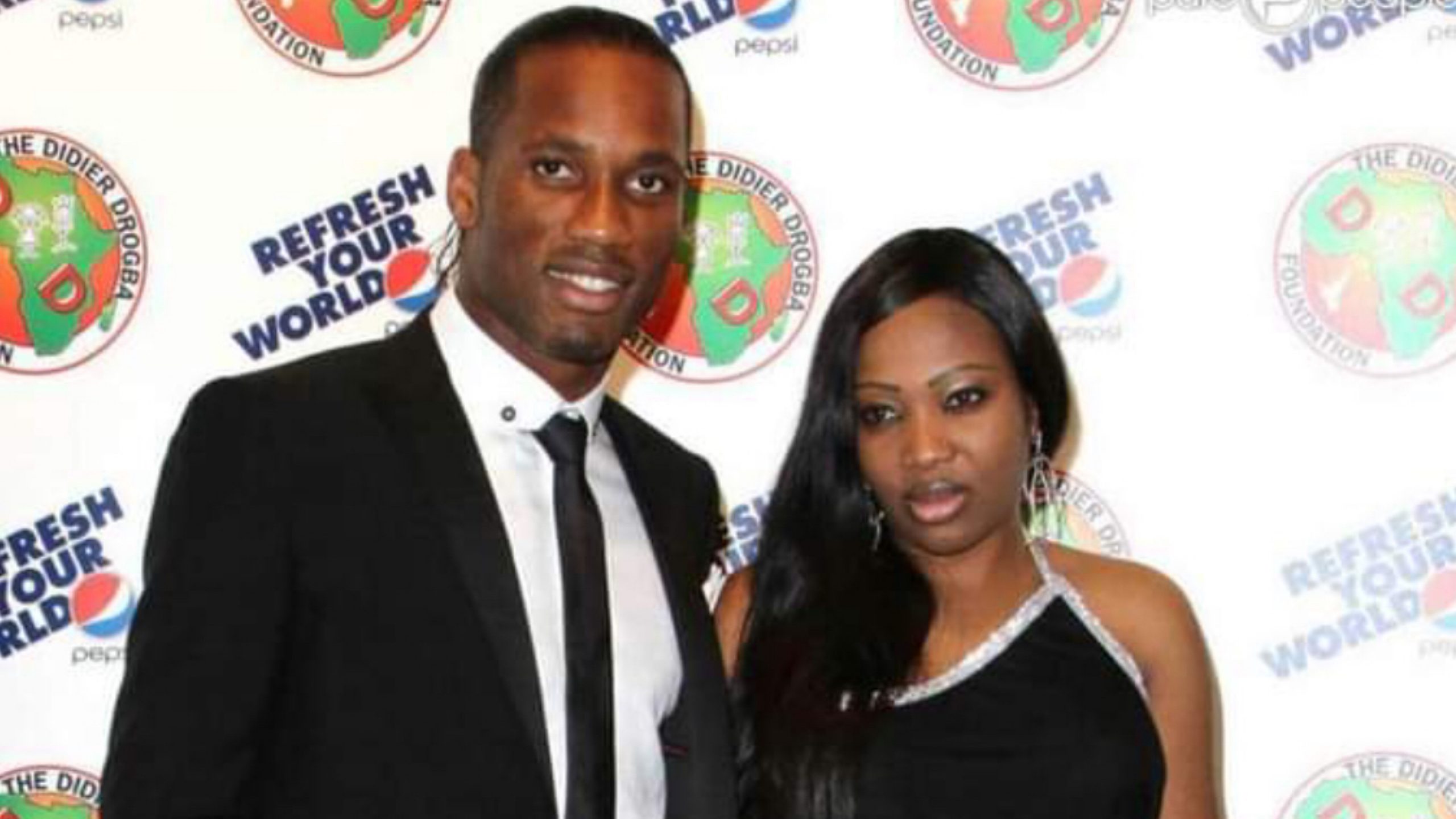 Chelsea legend Drogba announces separation from wife after 20 years together

The pair married on June 12, 2011 in Monaco in the presence of selected guests, but player claims they have separated after 20 years of togetherness.

Although he did not explain reasons for their separation, the two-time Africa Player of the Year Award recipient however noted that it was a difficult decision.

Drogba was forced to issue the statement after appearing bare-chested in bed with a nearly-naked young woman. In the video which a representative claimed had been hacked, the lady playfully sunk her teeth into Drogba’s shoulder as he screamed in pain.

He then speaks to her in French about being bitten, and appeared to say;

“She’s positive! She’ll infect me by biting me!”

Confirming his split from Diakate thereafter, he wrote;

“I’m not in the habit of discussing my private life.

“But, because of speculation in the media today, I can confirm that sadly, after 20 years together, Lalla and I took the difficult decision to separate last year.

“We remain very close, and our main priorities have been to protect our children and our family’s private life.

“May God bless you.”