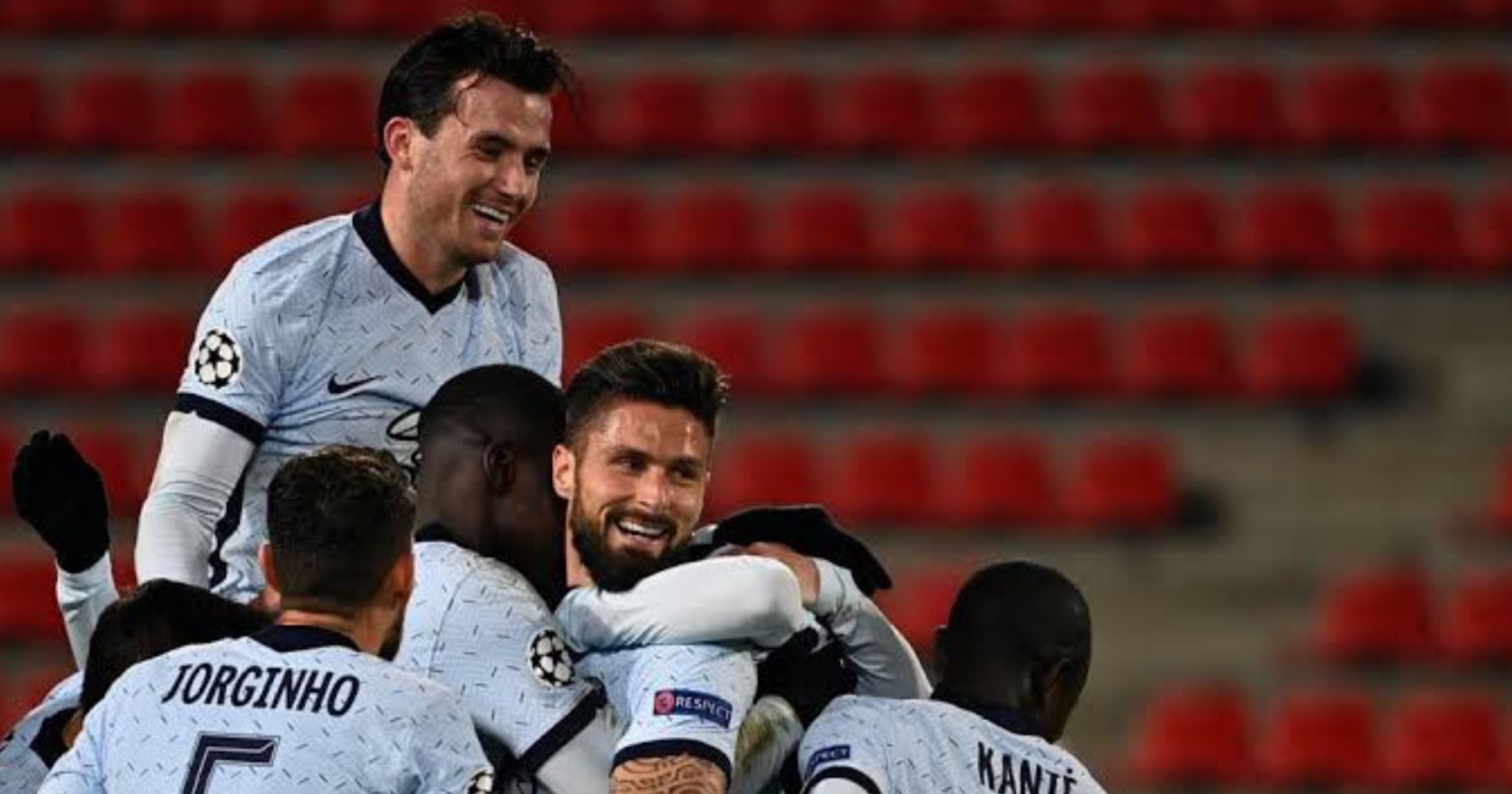 Chelsea have advanced to the second round of the UEFA Champions League.

Olivier Giroud’s late goal sent Chelsea through to the next round of the tournament with a last-gasp winner against Rennes in France in Group E.

Chelsea were left to rue a number of missed chances when Serhou Guirassy cancelled out Callum Hudson Odoi’s opener in the 85th minute.

But Giroud, who has been linked with a move away from Chelsea in January, fired home a stunning 91st minute header to seal a 2-1 win and a place in the last 16.

Also through into the round of 16 is reigning Europa League champions Sevilla, who also netted a late goal to beat Krasnodar 2-1 away.