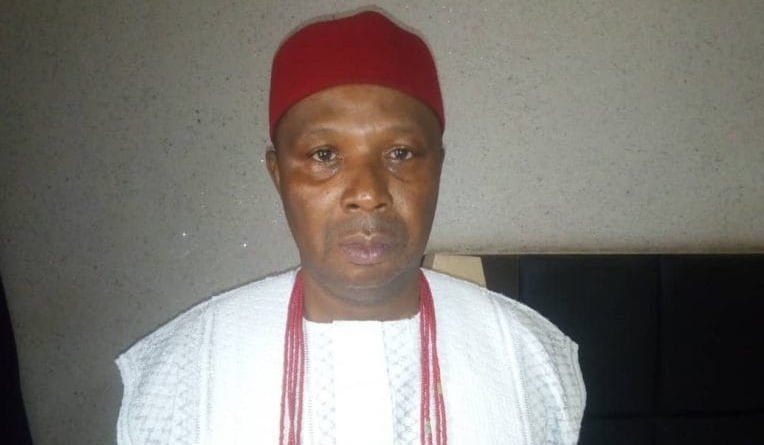 WITHIN NIGERIA learnt that Nwankwo wants the court to compel Chief Ifeatu, a claimant to the stool of the community, to begin to address him properly as ‘Igwe’.

The monarch on Wednesday, January 20 told the court that Chief Ifeatu had insisted on addressing him as Chief Austin Nwankwo.

Ifeatu in response told the court: “I will not recognize him as my traditional ruler. Only him knows how and where he got the certificate of recognition. So, it behooves on him to prove to the court that he is the authentic traditional ruler.”

Plaintiff counsel told the court Nwankwo got his certificate of recognition from the state government.

However, defence counsel countered that the traditional stool of the community was still subject to contention at the State High Court, Awka.

In her ruling, the Chief Magistrate, Mrs O.N Ike, told counsel to the plaintiff to apply officially in written address, so that the court will study the application and act accordingly.

“Let the truth be told, since he has tendered his certificate in court, which is deemed to have been issued by the state, it is proper to address him as Igwe; until it is proved otherwise by the court.”

The matter was adjourned till March 17, for continuation.

It was gathered that Chief Ifeatu, had in 2020, petitioned the Anambra State Police Command, claiming that Certificate of Recognition paraded by Igwe Nwankwo was forged; a development that led to the arrest of Igwe Nwankwo for alleged forgery and false claim.

But when the matter came up at the Magistrate Court III in Awka, on Wednesday, August 19, 2020; the Investigation Police Officer, Mr. Madu Bukar, told the court that from Police findings, Certificate of Recognition paraded by Igwe Nwankwo was authentic.

“Chief Ben Ifeatu had petitioned the Police that certificate of recognition being paraded by Igwe Austin Nwankwo was fake. It was based on that information that the Police arrested Igwe Austin Nwankwo for alleged forgery and false claim. However, the Police wrote the office of the Commissioner for Local Government and Chieftaincy Affairs in the State, for confirmation or disclaimer,” stated Bukar.

“The State government, through a letter dated September 23, 2014, confirmed that Igwe Austin Nwankwo’s certificate was genuine, and that it came from them. The State government also stated in the said letter that Igwe Austin Ozoemenam Nwankwo was issued certificate of recognition by former governor of Anambra State; Mr. Peter Obi; on March 7, 2014.

“The Police also took its investigation to Isiagu community, where independent respondents also confirmed that Igwe Austin Nwankwo was duly elected at the Isiagu Central School, on November 12, 2013. The Police also got as evidence, a video record of how the election went, and how Igwe Austin Nwankwo emerged in the presence of officials of the Anambra State government. Armed with these facts, the police was convinced.”