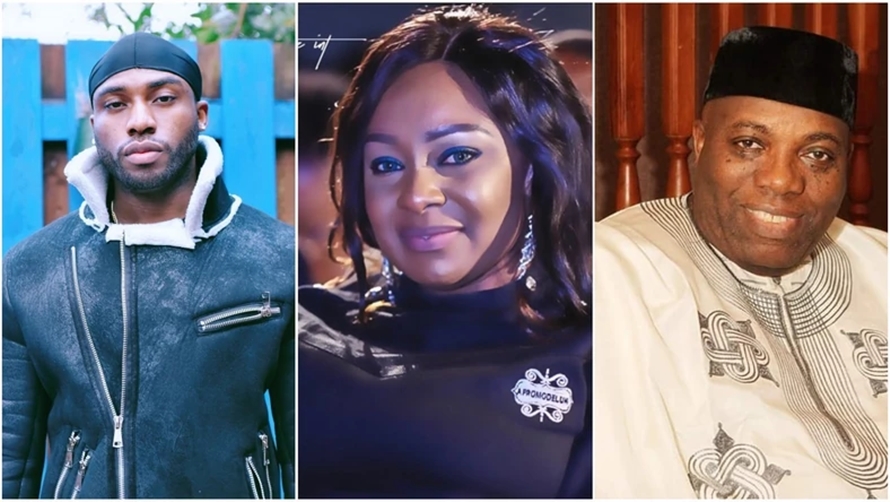 While reacting to the news of the younger Okupe coming out gay, Inyama said it might be an attempt to slander his father.

“That’s ok, your choice but you didn’t need to announce it unless you trying to Spite your father…..God is blessing all the looters. In their old age they will be crying in embarrassment….because una do Nigerians anyhow, receive the settlement in Jesus name……,” she wrote.

Bolu’s coming out of the closet has been received with mixed reactions from various quarters.

Doyin who disclosed that his son was born when he gave his life to Christ, added that he has been aware of his sexual orientation for some time.

“The picture below is that of Mobolurin Okupe. He is my son. I gave him the name MOBA OLUWA RIN, ( I WALKED WITH GOD) because he was born at the time I gave my life to Christ. I have been aware of this his new orientation for a while now,” he wrote.

“He knows that as a Christian and a witness for Christ ( an evangelist) I am vehemently opposed to homosexuality as it runs contrary to the avowed precepts of my Christian faith.”

“For me I look beyond the surface or the physical. Here I see a major spiritual challenge ahead but I know as my God liveth, this whole saga will end up in Praise to the Almighty Jehova who i serve day and night.”

“For it is written: Behold, the hand of the Lord is not shortened that it cannot save, neither is His ear deaf that he cannot hear. Isaiah 59 vs 1.”