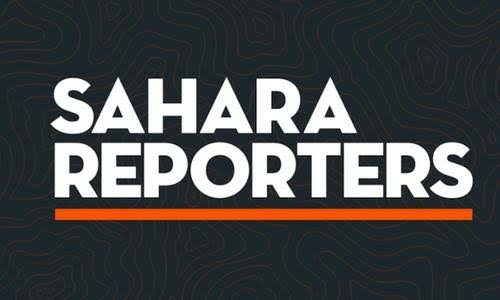 Pro-protest and pro-terrorist news blog, Sahara Reporters, has maxed out its usefulness and may just be on the last lap of its viability going by the nature of the sub-par news items it is now pushing out in the name of exclusives or investigative reports.

The latest of such impaired offering from Sahara Reporters was sensationally headlined, “EXPOSED: Buratai, Olonisakin, Two Other Service Chiefs Get Eight Flashy Vehicles, Over 40 Soldiers, More As New Retirement Benefits”.

To start with, there is mischief written all over the headline, which leveraged basic arithmetic to create a sense of impropriety. By lumping the cars for four military chiefs together it promoted the impression that each of the chiefs would get 40 cars when they retire as opposed to the four they are actually getting. Granted that there is the tyranny of the headline, which allows publication to be attention seeking, the body of the story did nothing to clarify this lumping together of the number of cars.

It also omitted to fairly disclose that the cars that goes to each retiring office holder are not necessarily situated in the same city. To have a sense of this, a person of the calibre of a military chief would use a staff car, a pilot and back-up at the very least. The gruesome murder of a former Chief of Defence Staff (CDS), Air Chief Marshal Alex Barde (rtd) is a lesson to how and why military commander of that status need security and logistics provided as part of their pension.
In my opinion thy the Chiefs deserve what is legally allotted to them even if it is 20 vehicles each and a private jet. Though I know that the modesty of these people will not permit them to have more than two vehicles. Also add that Buratai as COAS still attends public hospitals with his family anytime he requires medical attention.

Interestingly, the Harmonised Terms and Conditions of Service for Officers (HTACOS) that Sahara Reporters based its malicious publication upon was revised in 2017, which leaves one wondering how that is a big news. It is farcical how the news blog attempted to make it look like the Military chiefs were self-serving by unnecessarily drawing attention to how the HTACOS was revised under their watch. It shows the depth to which the discredited news platform will sink in its quest to tarnish the standing of certain people in Nigeria.

One would have expected that Sahara Reporters would have included in its report the retirement benefits of the counterparts of these service chiefs from other countries of corresponding means. Unfortunately, the web rag failed to do this basic investigation and comparison that would have rubbished its supposed exposé. It would have likely end up with a story that reveals how Nigeria is unable to keep up with other countries in the care of those that risked most of their productive lifetime in safeguarding the rest of the population. The bet is out as to if Sahara Reporters if ever capable of publishing such a report and that is assuming it has the capacity to be objective enough to do same.

Bottom line, the shallow report is a continuation of a tradition that is guaranteed to destroy Sahara Reporters as a news source. Emphasis is on news source because one dare does not qualify that phrase with the “credible” because it is an expression that should not exist in the same sentence with the name of that web rag.

It would be a pipe dream to expect that Sahara Reporters will turn a new leaf to embrace objectivity where Nigeria’s military is concerned. Its desperate bid to hurt that institution and the people that lead it is legendary. This makes it pertinent to counsel the military and its leadership not to waste any effort in addressing the mischief that is replete in that shabby piece. Joining issues with Sahara Reporters is akin to wrestling a hog, one would invariably come out of the tussle all soiled with mud even when one defeated the hog.

What the military chiefs should rather do is to continue to deliver to Nigeria the superlative performance that has been the source of the publication’s anger. The military should continue to decimate the Boko Haram/ISWAP terrorists that Sahara Reporters is beholden of while sustaining the denial of space to other terrorist outfits that the news site is working for. They should continue to frustrate the foreign partners that collude with this evil platform to torment Nigerians by routing for the ascendancy of terrorism in the land.

For Sahara Reporters, we are assured that nothing will stop its death spiral as it is increasingly glaring that its publisher, Omoyele Sowore’s ambition of being named as a member of an interim government that would arise from the illegal sack of the current government by mob action is what is driving the dearth of investigative journalism in that publication. The only favour the publication owes Nigerians as it were is to speed up its own demise and it will achieve this by publishing the kind of junk referenced in this piece. It is a matter of time before its shallowness finally turns away those that had endured its lies for some time now.

Agbese is the CEO, TheNigerian News and wrote from Abuja.