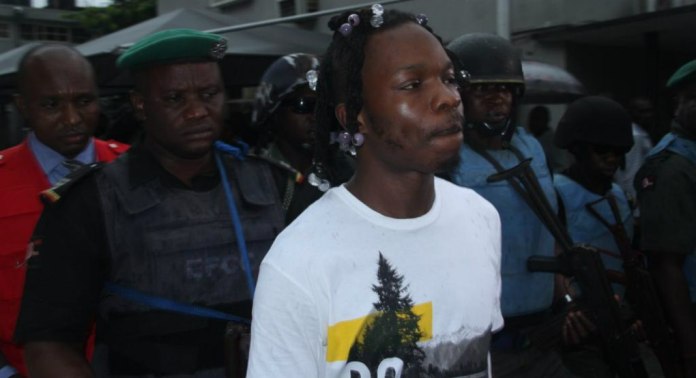 In his ruling, Justice Nicolas Oweibo admitted the compact disk containing the singer’s phone analysis, tendered in evidence by the second prosecution witness Anosike Augustine on the ground that the iPhone which was analysed has been admitted in evidence before.

The judge overruled the objection of Naira Marley’s counsel Olalekan Ojo and admitted the disk in evidence marked exhibit F.

“l have considered the agreement of both parties as well as the ground for the objection, I consider the CD to be admissible in view of the nature of this case and the evidence of other prosecution witness,” the judge said.

The trial of the case could not proceed because the defence counsel Olalekan Ojo was not in court and sought an adjournment.

Bilkisu Buhari counsel for the prosecutor, the Economic and Financial Crimes Commission (EFCC), did not oppose the adjournment.

The EFCC had on May 20, 2019, arraigned Naira Marley on 11 counts of money laundering and Internet fraud.

The agency alleged that some of the credit cards discovered in his residence bore the names Nicole Louise Malyon and Timea Fedorne Tatar.

But he pleaded not guilty to all the charges.

The EFCC said that the offences contravenes Money Laundering (Prohibition) Act and the Cyber Crimes Act.