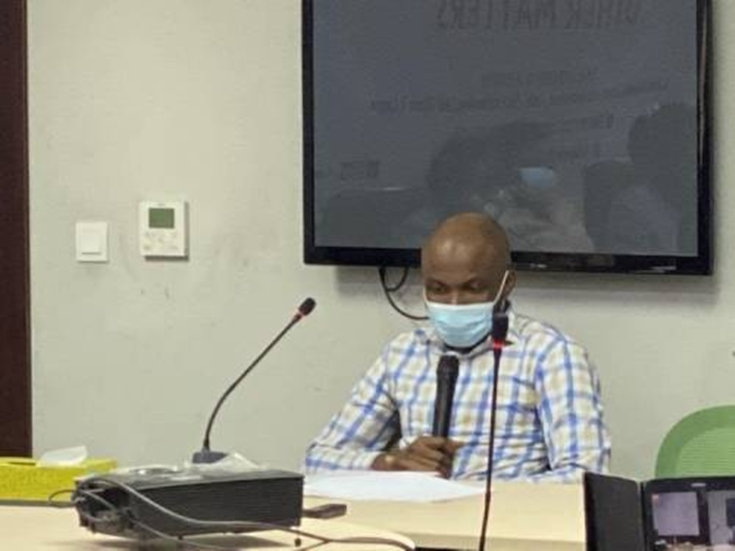 Lekki Shooting: We Treated Many Protesters With Gunshot Wounds At Reddington Hospital — Doctor

Months after Lekki tollgate massacre, Babajide Lawson, a doctor at Reddington hospital has revealed the number of patients shot or injured at the toll gate shooting, who were brought to the hospital, saying that they were so many that they overwhelmed the facilities.

On the night of 20 October 2020, at about 6:50 pm, operatives of the Nigerian army opened fire on peaceful #EndSARS protesters at the toll gate, killing an unconfirmed number of people.

The incident triggered outrage within and outside the country.

Despite evidence of people being killed and injured at the Lekki incident, the army had maintained that blank bullets were used to disperse the protesters.

Lawson, a trauma and orthopaedic surgeon, while testifying before a Judicial Panel of Inquiry investigating the incident said many gunshot victims were brought to the Lekki and Victoria Island branches of the hospital on October 20, 21, and 22.

While being cross-examined by Olumide Fusika and Adesina Ogunlana, the two lawyers representing #EndSARS victims, Lawson said due to the crowd, there is a likelihood that the hospital did not capture the records of all the patients.

Fusika had asked, “Go through the medical reports and confirm if it’s from Reddington and whether they are people you know.”

In his response, the surgeon said, “Yes, it’s our medical report. I don’t know them personally but I know them as patients that I treated. Being in charge of trauma means that anybody involved in traumatic injuries such as accident and gunshots must go through me in both of our locations.

“On that 20th, many of the patients were treated at the Lekki office. Later on the night of 20th, I also went to the Lekki office to assess the level of assistance needed in my capacity and I also spoke with the MD of that branch. That night, I transferred a patient to the VI office, which is our headquarters where I work from and where he stayed till the 23rd.

“On the first night, there are about six patients that I saw that night, but as the day goes by, other patients came in.”

The lawyer further asked whether the hospital extracted pellets from the patients as there were many cases of gunshots, especially in the case of one Nnaji Mabel who had a pellet in her abdomen.

“As indicated in the report, we did not extract the pellet. I admitted the responsibility; we reviewed her CT and records. She was treated and allowed to go,” the surgeon responded.

“It’s normal to have pellets in your body and just go home?” Fusika further queried.

“Yes, it is possible. If there is a gunshot injury and the bullet does not in any way endanger the body, the pellet can remain,” Lawson said.

The surgeon said some pellets were removed, but the police will be invited and the pellets handed over to them according to medical protocols.

He added that other patients sustained “entry” and “exit” bullet wounds. “The protocol is that if there are gunshot injuries and bullet extracted, the police will have to come, and the bullet will be handed over to them. For the patients I treated, I did not extract any bullet; the patient that had pellet did not require removal,” he said.