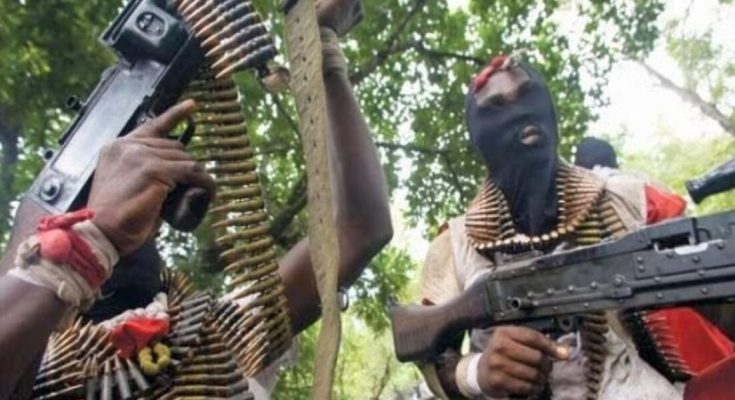 Obowo Divisional Police Headquarters located at Umulowe autonomous community area of Imo State have been reportedly attacked by suspected gunmen, leading to the death of two policemen who were on duty.

WITHIN NIGERIA learnt that the hoodlums stormed the police headquarters on Friday’s night and injured three other police officers who resisted them from gaining access into the headquarters.

Reports revealed that the incident has caused tension in the area even as security operatives drafted from the command’s headquarters in Owerri, had taken over the area.

According to an undisclosed source, the hoodlums who operated in a vehicle met stiff opposition from policemen who were on duty when they tried to gain access into the police premises.

The hoodlums who were angered by the cops’ action who resisted them opened fire at the officers, killing two policemen while three were shattered by their gun bullets.

It was also learnt that one of the hoodlums was killed in the gun duel but the hoodlums drove off with the corpse of their member.

‌The source said, “Two policemen died in the incident. Three were wounded. One of the hoodlums was also killed but they drove off with him. The policemen who were killed were the ones who repelled them. It was an unfortunate development.”

Confirming the incident, the police public relations officer in the state, Orlando Ikeokwu stated that two policemen were killed by the hoodlums.

He also said that the three other policemen who were wounded during the incident had been discharged from a local hospital where they were rushed and transferred to a better hospital in the state capital.

Ikeokwu told our correspondent that the command had drafted cracked teams of detectives in the area and had commenced investigation.