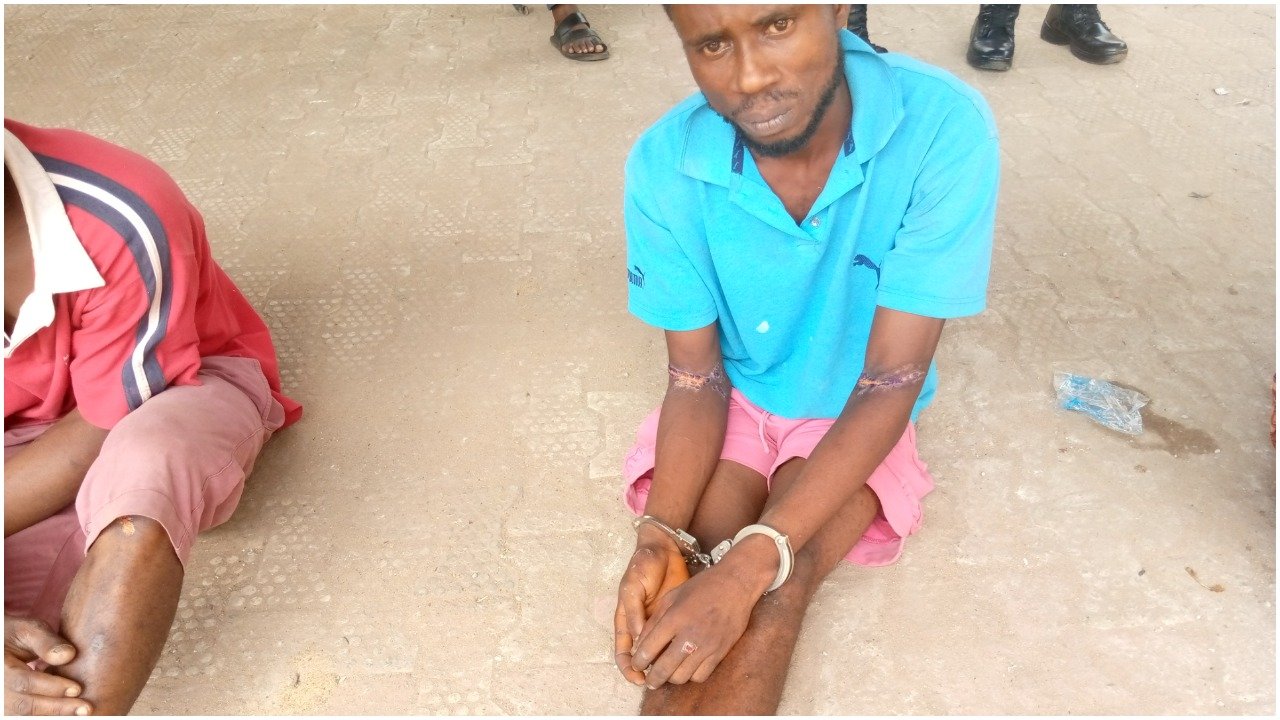 Why I Killed My Wife, Child – Man Confesses

Chukwuemeka Obijiofor, an artisan, of Ofufe Nza village in the Ekwusigo LGA of Anambra State who last month killed his wife and child said he killed the woman because he found out she was cheating on him with some unknown men.

The 28-year-old also confessed to killing his child because his wife confirmed to him that the boy was not his and that he may have been gripped by unknown spirits, which compelled him to kill both of them.

The suspect who killed the victims with a shovel was on Saturday paraded before journalists at the Anambra State Police Command Headquarters, Amawbia by the spokesperson of the Command, CSP Haruna Mohammed.

Obijiofor who spoke to newsmen said, “On that fateful day, I had gone to borrow money from a client to take to her (wife) so that she can cook food early and not wait for me to come back before cooking.

“When I came home to give her the money, I saw two strange men in my house. When I queried my wife, she took me to the backyard, telling me to calm down.

“Please, I want you people to forgive me, what happened was a mistake. She was trying to calm me down when I noticed that the men had left. They left without even greeting me. So, I got annoyed and left my wife and child. I told her to leave me and let me go on my own since she has already chosen the people she loves.

“I went my own and sat somewhere to smoke my hemp, but my wife was still following me about and dragging with me. She did not want me to continue my work, so after I had taken my hemp, I found out that it made the matter even worse. That was what happened.”

Asked why he also killed his innocent child, Obijiofor said his late wife disclosed to him that he was not the biological father of the child.

He blamed his action on some evil spirits who possessed him, saying that his condition was aggravated by Indian hemp he smoked before the incident.