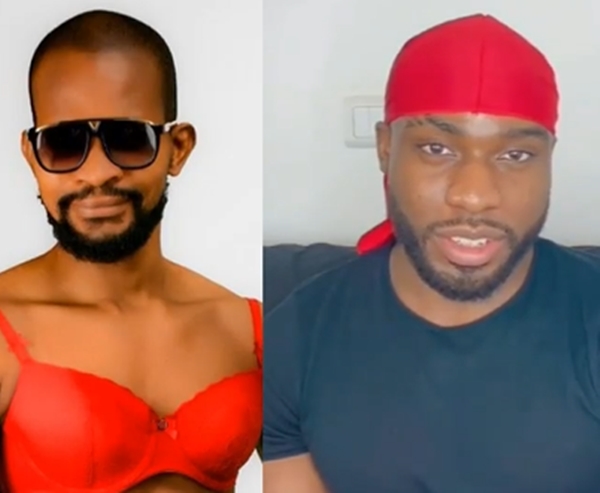 Bolu who cautioned him against making a joke of the LGBTQ community in Nigeria, came out as a gay man in January this year, gave the advice in a video shared online.

He stated that although it is important for public figures who are gay to come out and lend their voices to the LGBTQ course, public figures like Uche should not make a joke of the community by the actions after they come out of the closet.

”I am not a gay or LGBT police. I am nobody to declare who is gay or not. For all we know, the guy might actually be gay but I just feel like don’t make a mockery or a joke or a spectacle of the situation. Don’t make a fool of the whole thing.

I feel like if you are a public figure, it is great to want to come out and bring awareness to it but don’t make a mockery of the situation. Like don’t make a fool of the whole thing”, he said.