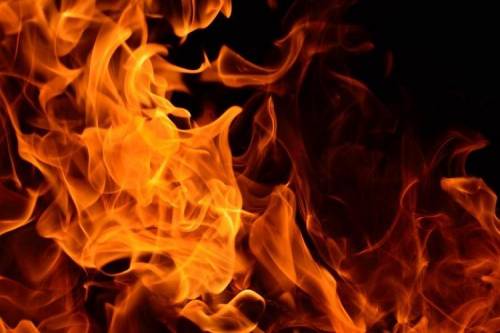 On Thursday, a furious mob reportedly set ablaze Skelewu Hotel, located in Umuguma Community, Owerri, Imo State over the alleged stabbing of a man to death by a prostitute in the hotel.

Newsmen gathered that the commercial sex worker was angry  when the man, whose name could not be ascertained, refused to pay the agreed amount after several rounds of sexual intercourse, so she stabbed him to death.

The incident caused panic in the area and grounded commercial activities as traders hurriedly closed their shops. Motorists were also forced to take alternative routes as the fire raged.

The Interim Management Committee Chairman of Owerri West Local Government Area of the state, Chief Okechukwu Enyioha, confirmed the incident in a statement.

Enyioha added that security men had taken over the scene.

He said, “I have been briefed and security men have taken of the scene of the incident. The security agents are working hard and the law is being enforced.”