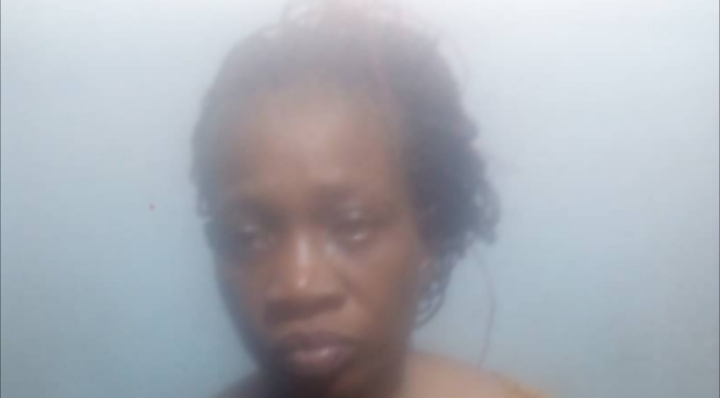 Landlady’s daughter identified as Tina Essi has been arrested by operatives of the Lagos state police command for allegedly killing a 49-year-old man identified as Christian Akparie of No 26 Orijamogun Street, Oreyo, Ikorodu, Lagos.

WITHIN NIGERIA learnt that the deceased, Christain was a tenant in the compound belonging to Tina’s mother.

This was contained in a statement released by the CSP Ademuyiwa Adejobi.

According to the statement, both the deceased and landlady’s daughter on Saturday, January 31 had an argument over the payment of Nepa Bill which led to a fight.

”After the fight, the deceased had continually suffered severe pains but unfortunately, on Saturday 6th February 2021 at about 7am while the deceased was being rushed to the General Hospital, Ikorodu, he gave up the ghost.

The police operatives attached to Ikorodu Division of the command were contacted and they arrested the suspect immediately. .

The Commissioner of Police has ordered that the suspect be transferred to the State Criminal Investigation and Intelligence Departmet, SCIID, Panti for thorough investigation.

The suspect is presently cooling her feet at the State CID, Panti, Yaba.”Adejobi’s statement read

The spokesperson added that the state Commissioner of Police, Hakeem Odumosu, has urged the relatives of the deceased to remain calm as the command will do the needful to have justice done in the matter.