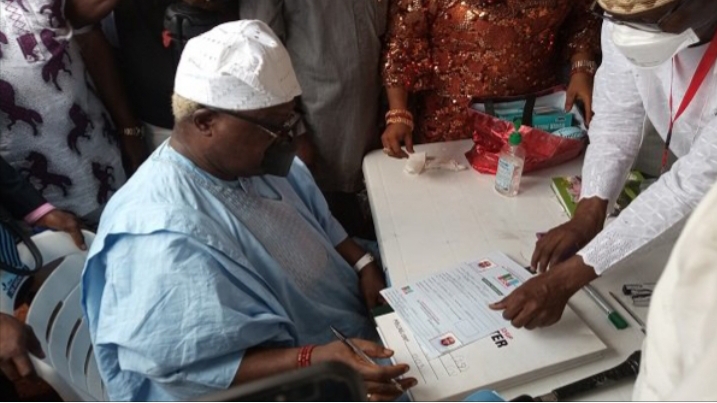 Senator Iyiola Omisore, the former Deputy Governor of Osun State has reportedly defected to the All Progressives Congress (APC).

WITHIN NIGERIA gathered that the former deputy governor of Osun State, Senator Iyiola Omisore on Monday arrived at his polling unit at Ward 6 in Ile-Ife to officially defect to the ruling party, All Progressives Congress (APC).

Senator Omisore was the gubernatorial candidate of Social Democratic Party during 2018 Osun State election before he later join force with the candidate of APC, Adegboyega Oyetola during the rerun election that resulted to victory for APC.