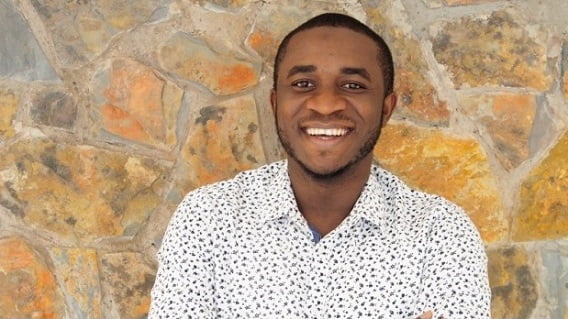 Obiwanne Okeke also known as Invictus Obi, who is standing trial for wire fraud in the U.S., said he has missed important milestones of the childhood development of his 19-month-old daughter.

WITHIN NIGERIA reports that Mr Okeke, 33, has been in incarceration for 18 months while standing trial in the U.S.

He took responsibility for the multi-million-dollar scam that went on for many years by pleading guilty to the wire fraud crime in June 2019.

He is now due for sentencing by a Virginia Court Tuesday.

According to a report by Premium Times, Mr Okeke, ahead of his sentencing, applied for a lenient jail term, contending among others, that he had not seen his daughter to witness the most important milestones of her early childhood since his trial began in August 2019.

The court documents, which Mr Okeke’s lawyer, John Iweanoge, filed on his behalf to appeal for shorter sentence at variance with the sentencing guidelines the court uses.

The U.S-based lawyer stated that sending the convict on a long jail term would cost his 19-month-old daughter, who is an American citizen, the childish memory of his father.

“Mr Okeke has not been able to see his daughter or enjoy the most important milestones of her early childhood, like seeing her take her first step, seeing her grow her first tooth, being able to carry her and rock her to sleep amongst other cherished moments.

“A lengthy sentence will deprive Mr Okeke’s infant daughter the opportunity to have any childhood memories of his dad,” Iweanoge stated.