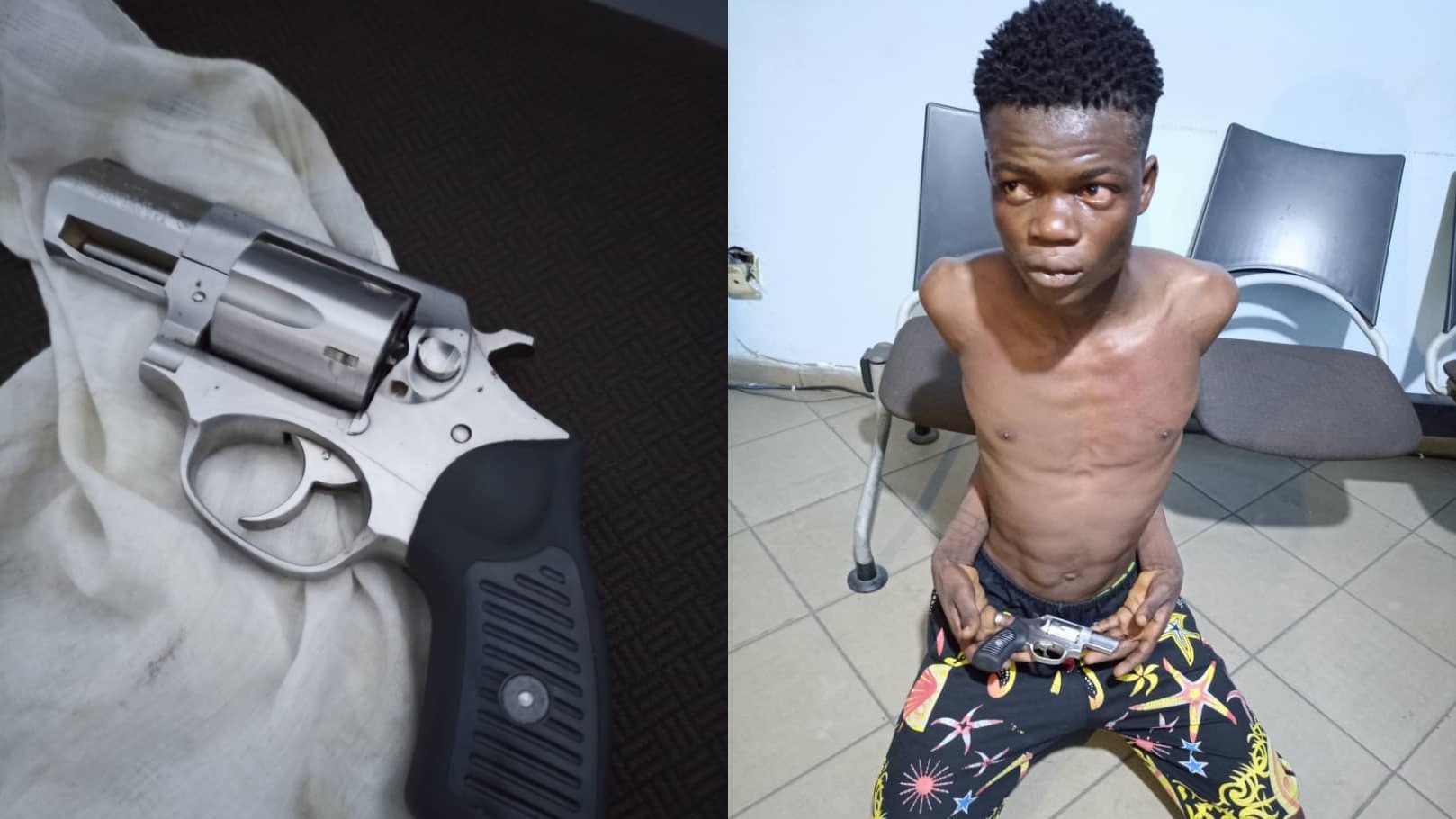 A man identified as Peter Arinola has been arrested by police operatives attached to Surulere Division of the Lagos state police command at the Empire Area in Surulere for using an English Pistol to threaten a prostitute while negotiating and harassing her for sex.

According to the police public relations officer in the state, Muyiwa Adejobi, the suspect intended to use the pistol to intimidate the lady to agree to his terms and the amount he wanted to pay, but the lady insisted on certain amount of money.

The PPRO said Peter brought out the pistol and wanted to force the lady to have sex with him.

The lady raised alarm and Peter was overpowered and arrested by the people around the brothel.

”The police swung into action and further investigation revealed that the suspect used to assist an armed robber (name withheld) to keep the pistol for operations. The police later recovered 5 rounds of ammunition in the room of the lady during the course of their investigation.

The Commissioner of Police has ordered that the owner of the pistol and suspected armed robber, who is at large, be apprehended by all means and brought to book, Adejobi said.