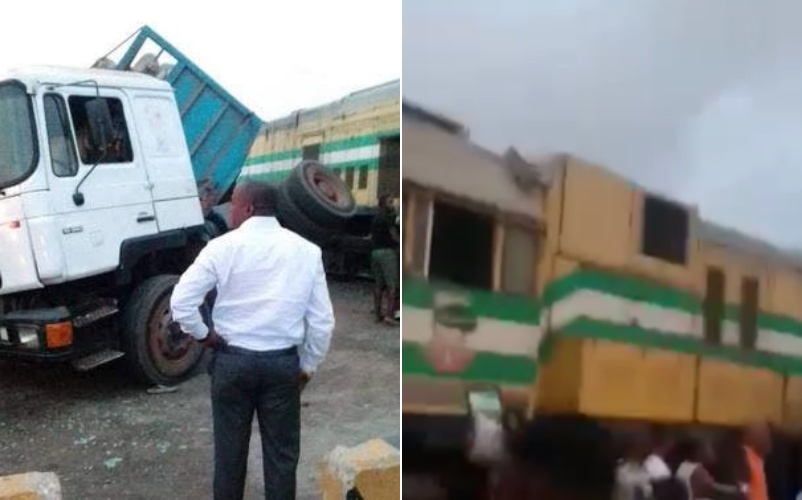 A train on motion has on Monday, reportedly had a head-on collision with a truck loaded with animal feed.

The incident occurred at about 8.52 am at Mofolasayo Drive, Jonathan Coker Road Level Crossing, Iju/Ishaga, Lagos.

However, law enforcement agents are currently on the ground attending to the accident which has led to vehicular traffic in the area with motorists advised to seek alternative routes.

As of the time of filing this report, It could not be ascertained if casualties were recorded at the scene.

In other news, an apprentice named Ifeanyi, is battling for his life after his boss, simply known as Anaayo, allegedly bathed him in acid and locked him up for over three months, without treatment at their place of residence in the Lekki area of Lagos.