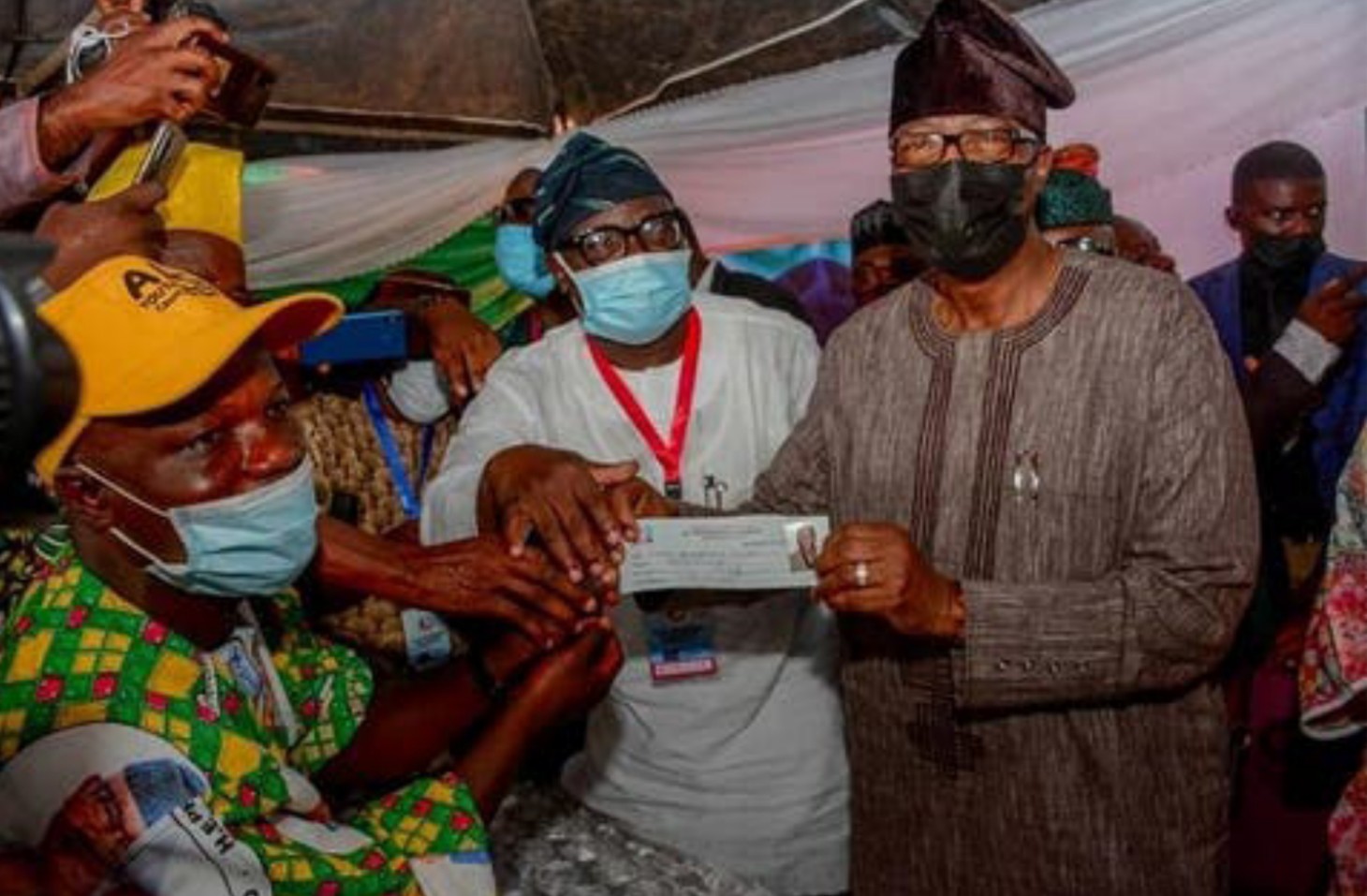 Former governor of Ogun State, Otunba Gbenga Daniel, on Thursday, officially registered as a member of the All Progressives Congress (APC), in the state.

Daniel was registered by his Ward Chairman, Mr Suji Olusegun, at Isote Ward 6 area of Sagamu, under the supervision of the Chairman of Ogun APC Revalidation and Registration Committee, Hon Ademorin Kuye and other committee members.

WITHIN NIGERIA recalls that the former governor had been received into the party, last Tuesday, by the governor of Niger State, Abubakar Bello, who is the Chairman of APC Revalidation and Registration Committee; his counterparts from Ogun Ondo, Kano and Kebbi States, Prince Dapo Abiodun; Rotimi Akeredolu; Dr Abdulahi Ganduje and Atiku Bagudu respectively, at his Sagamu country home.

Reacting, Governor Abiodun in his remarks said he has the confidence that his predecessor in office would add value to the party.

“OGD will come with a lot of experience, a lot of wisdom, he is a very dynamic individual, he is referred to as the lion of the west.

“He (Daniel) will no doubt add a lot of value to our great party. I have the pleasure of leading my colleagues to receive you (OGD) into APC,” he added

Daniel while responding said his decision to join APC was “well-considered and thought out.”

Daniel said: “To all our people in Ogun State, I can assure that the decision to join the APC is a well-considered, well thought out decision.

“More than any time in the history of this country, what we need to do is to speak together with one voice. Our people have challenges, there is despondency in the land because of security challenges and if anybody is patriotic, this is the time for us to join hands.

“And for us in Ogun State, we have no other choice, we have a good governor and we are determined to support him to succeed.”