Repentant’ Bandits Leader, Daudawa reveals how easy it is to get a gun 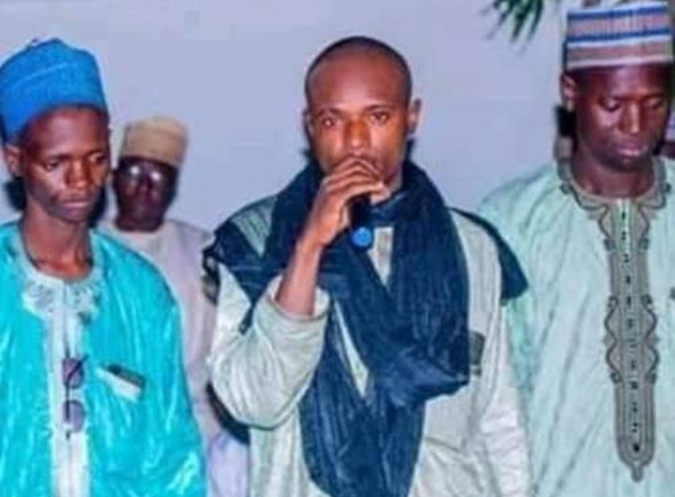 The ‘repentant’ leader of the gang of bandits that abducted over 300 schoolboys in the Kankara and recently surrendered some weapons, Auwalun Daudawa has disclosed how easy it is to get gun.

Recall that Auwalun and six of his lieutenants surrendered 20 AK47s, ammunition and a rocket-propelled grenade (RPG) launcher to the Zamfara State government.

Speaking on why they repented, he said;

“We have voluntarily repented. I was convinced by the state government approaches on peace reconciliation with armed bandits. I learnt from those who repented before me that there was no single plan by the governments through use of security agencies to harm me and my boys, therefore, we are now back for normal lives like other peace-loving Nigerians,” he had said.

Speaking to Daily Trust on how he got his arms, he said, “I got it around me. It is easy to get a gun. It’s just like you going to buy bread.”

Daudawu noted that the injustice he had experienced made him delve into banditry.

“It is because of injustice. Injustice in the sense that you had your own property and taking care of your family then government would now send officials to cart away everything while I have family to fend for,” he said.

“What would I do? Am I expected to survive on sand? I had a herd of cattle which I inherited from my parents but operatives were sent to take them from me and brought here (to Gusau). So I was challenged to sit up too.”

Daudawa and his gang had on December 11, 2020 invaded Government Science Secondary School, Kankara around 11 pm, shooting indiscriminately to scare residents.

The operation led to the disappearance of over 344 students.

The abduction happened when President Muhammadu Buhari was visiting his home state of Katsina.

After their release on December 17, 2020, Bello Matawalle, governor of Zamfara, said the schoolboys were rescued with the help of Miyetti Allah Cattle Breeders Association of Nigeria (MACBAN) and that no ransom was paid.

Katsina State governor, Aminu Bello Masari, also said insinuations that ransom was paid for the release of the boys from their abductors were false.

However, in a leaked telephone conversation between Auwalun and a former caretaker chairman of the Jibia Local Government Area of Katsina State, Haruna Musa Mota, the bandits commander admitted the group collected N30m from the state government.

When told by Mota that some government officials claimed N800 million was given to the group, he exclaimed and said, “You said what? N800m? How many millions again? Who said that? So, they paid N30 million and claimed N800m, now they have stopped cattle rearing.”

Responding, the former council boss said, “I will send you the speech and I will advise you speak out so citizens will know you did what you did for peace and what they paid you was N30 million. This is not fair at all, they call us thieves while they are the real thieves. We want peace but this governor has no integrity.”

Mota was arrested a few days later over alleged ties with the bandits.