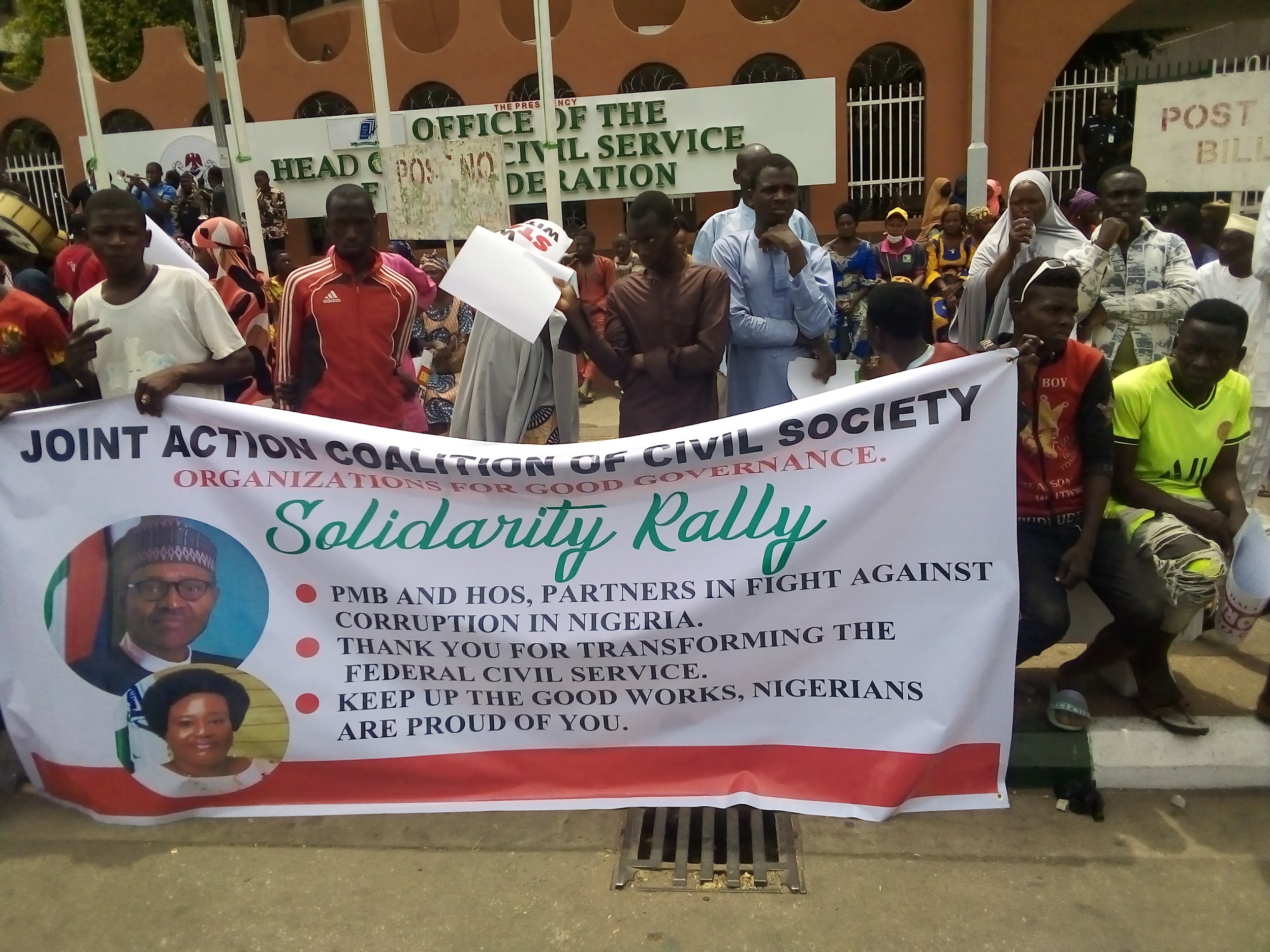 The group gathered at the office of the Head of Civil Service of the Federation in Abuja on Monday in a mass rally to demand for good governance and continued fight against corruption.

According to the group, the Head of Civil Service in Nigeria, Dr. Mrs. Folashade Yemi-Esan should partner with the federal government in the fight against corruption. the coalition is praising President Buhari and Mrs. Yemi-Esan in their action against corrupt practices within the system.

This mass rally against corruption and demand for good governance is coming few days after another group had demanded the sack of the Head of Civil Service over reports of corruption and mismanagement.

Mrs. Yemi-Esan is a Nigerian civil servant and the current head of the civil service of the federation, since 28 February 2020. She was sworn in by the president of Nigeria, Muhammadu Buhari on 4 March 2020.

Meanwhile, several corruption cases in Nigeria are yet to be completed despite President Buhari’s claim to fight corruption.

In 2019, the trial of a former Secretary to the Government of the Federation, Babachir Lawal suffered setbacks. Lawal was reportedly facing a N544 million grass-cutting contract awarded to a company linked to him, Rholavision Engineering Ltd and Josmon Technologies Ltd, by the Presidential Initiative for the North-East (PINE).

A former Minister of Petroleum, Diezani Alison-Madueke was being charged with 13 counts of money laundering by the EFCC since November, 2018, before a Federal High Court in Abuja. She was alleged to have unlawfully diverted $39.7m and N3.32bn during her tenure as minister between 2010 and 2015.

Some of the corruption cases are not well treated.

However, in the rally monitored by WITHIN NIGERIA’s reporter, some of the placards reads “continue the good word”, “thanks for transforming the civil service.”

Some pictures at the mass rally below: 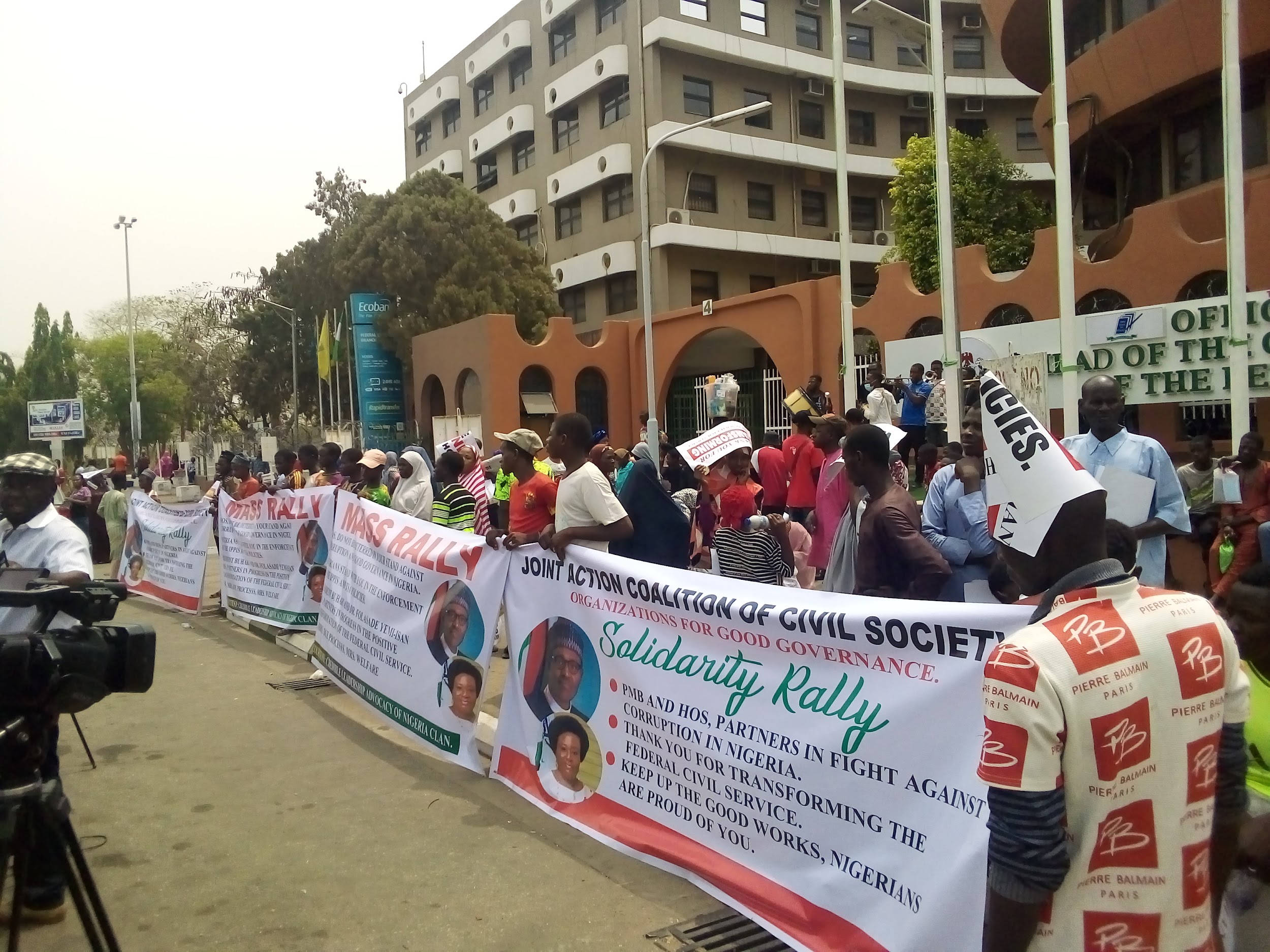