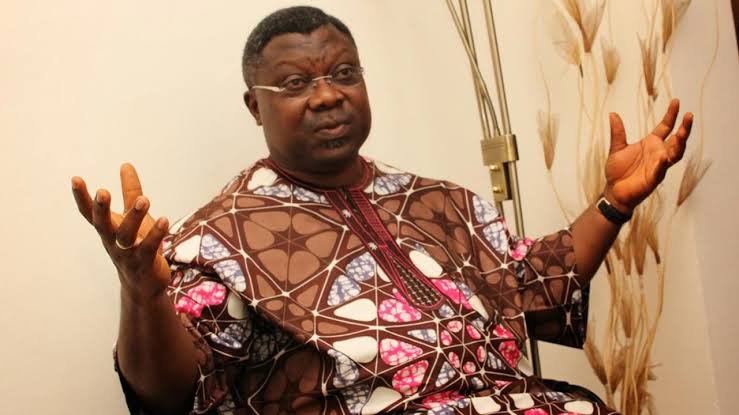 In a video which went viral, popular and veteran journalist identified as Babajide Kolade-Otitoju recently stated that Senator Iyiola Omisore has never failed to deliver ifeland since 1999.

According to the journalist who happens to be a popular guest on a TVC programme, Senator Omisore always win four densely populated local governments in ifeland.

The video was posted on Facebook by one of Senator Iyiola Omisore’s followers identified as Sulaimon Abiola Agboola-Aroso who has 5,000 friends and 860 followers.

There are four local government areas in Ifeland and they are namely, Ife Central, Ife North, Ife South and Ife East.

WITHIN NIGERIA confirmed the genuity of the video and truly those statements were made by Babajide Kolade-Otitoju. A check by WITHIN NIGERIA revealed that such claim is false, misleading, untrue and in conflict with electoral figures announced by the electoral body, Independent National Electoral Commission (INEC).

Findings revealed that in 2018 election when Senator Iyiola Omisore was the guber candidate of Social Democratic Party (SDP), he lost two local governments to All Progressives Congress (APC) out of four local governments in Ife.

In addition, the Action Congress of Nigeria (ACN) in 2011 swept all political offices in Osun state to its doorsteps and defeated all candidates of other parties including the Peoples Democratic Party (PDP) eventhough there was no guber contest in 2010 following the removal of Prince Olagunsoye Oyinlola from office by a court of appeal sitting in Ibadan.

WITHIN NIGERIA can only confirm that Ife Central local government is truly the stronghold of Senator Iyiola Omisore because he has also performed better and continuously won at the poll in the local government.