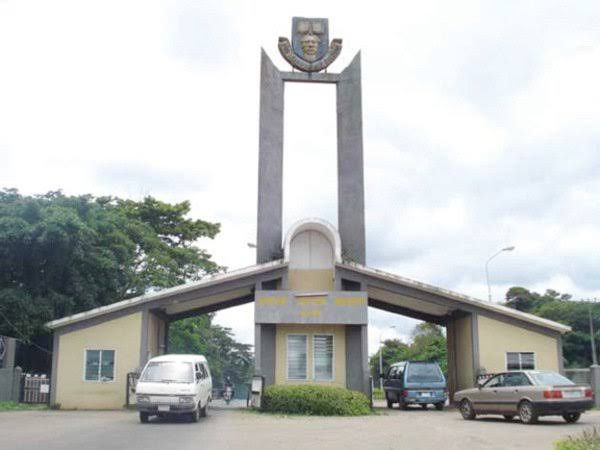 Adebayo Bamire,63, a native of Oyan in Odo-Otin Local Government Area of Osun State was the immediate past Deputy Vice-Chancellor, Academics, before his appointment.

Bamire’s appointment will take effect from June 7, 2022, and he will be succeeding the outgoing VC, Prof. Eyitope Ogunbodede. According to the Pro-Chancellor & Chairman of the Council of the university, Owelle Oscar Udoji, Bamire was picked as the 12th VC out of the 16 candidates that contested for the office.

The protesters argued that an Ife indigene should have been appointed, demanding the reversal of the governing council’s decision and challenging the selection Committee to reveal the parameters used in the selection of Prof. Bamire.

Students who spoke to Within Nigeria shed light on some important areas they want the new VC to look into.

“I want him to do better than Ognbodede did, he should at least make things better for students. He should increase the health facilities in general, our health centre is bad honestly. They should take into cognizance the security of students. A whole lot of students are at risk because they couldn’t stay on campus and they get robbed. Those are the pending issues and they take priority for me.” she said

We expect more from the new VC, Mustapha Oni, 400 level student of Pharmacy told Within Nigeria.

“Honestly, we expect more of the same from the new VC. He was once the DVC of the outgoing university administration and it is to be expected that he was on the same page with them regarding policies and management stances. Association-wise, the consensus is also that he is aligned with the past administration as well. As such, early indications suggest that not much would be different. We just have to wait and see”

He is capable, another student, Waris Abiodun told Within Nigeria. Waris added that he wants the new Vc, Bamire, to cater to the welfare of the university community, improve security, among others.

“The vice-chancellor elect Prof Adebayo Bamire was the former dean of faculty of Agriculture, he is the current Deputy vice-chancellor academic. Having fulfilled the requirements to contest for the race of VC and was selected out of more than 15 people that contested for the race of vice-chancellor. It’s crystal clear that he is able, capable, and dim fit to be the vice-chancellor of this great institution for he has carried out all the previous duties, offices confided in him earlier diligently, effectively, and efficiently. “

“I expect him to cater to the welfare of the OAU community “Student, academic staff, non-academic staff, etc”, stable academic calendar, improve the security on and off-campus, the sport and all the sectors on this campus,” Waris said

Tolulope Ayandokun, a student of English language, expressed concern over the current controversies surrounding Prof. Bamire’s appointment. He says he expects the best from the new VC.

“I feel at the end of the current struggles that came with his appointment we might tend to have more and tougher issues when he resumes office. God’s will be done and hopefully, he might end up doing a little better. I expect getting nothing but the best and hope he has the student in heart and works well for and with them.” he said

Good Standard of living in hostels, good quality, and relevance of the school curriculum are part of the areas Daramola Samuel wants the new VC to focus on. Samuel, a 400 level student of Engineering Physics, said he wants the VC to do better than his predecessor.

“Well, I’m sure he’s the right man to be selected for the job and I hope he proves himself. I’m expecting him to continue from where his predecessor stopped and even possibly do better. He should be able to highlight the challenges students are facing in all areas and not just the educational part. Standard of living in hostels, The quality and relevance of our curriculum in the modern world, the lecturers’ and student’s welfare in general.” he said

The new VC needs to be strict with the policy of the University and maintain standards, David Oludayo, a 300 level student of Sociology And Anthropology told Within Nigeria.

“Haven’t known him well but from the little I observed about him and when I contacted him before he became the new VC of OAU, he sounded friendly and approachable, humble and student-friendly to some extent, I haven’t noticed anything wrong about him yet. I expect good leadership from him, he should be student-friendly if it’s not just me, he needs to be strict with the policy of the University and maintain standards,” he said

“Well, I would like the new VC to continue the pace of the outgoing VC in the area of avoiding strikes as much as he can. The VC should with his influence obtain grants for various faculties like mine to fund facilities like laboratories, lab materials, and lecture theaters because things have gone bad”

“Also I would like him to allow the voices of the student union to be heard at all times, I mean he should not oppress students exercising their rights.” He said

A 400 level student of Political science, Oyeleke Timothy, said there should be no Anti-students politics and the new VC should create more halls of residence.

“There should be favorable policies and implementation of benefitting laws and regulations. Reading through the autobiography and biography of the new VC shows a heightened level of his intellectual prowess and leadership skills and I’m personally convinced he would deliver up to expectations with my hope and high optimism that he won’t fail us.”

“There should be No Anti-students Policy and he should find ways to work with the Student Union of the Great Citadel of learning who are the mouthpiece of the Students’ interest. He should create more Halls of Residence under this administration”

“There should equally be a working relationship with the lecturers. Treat all Academic Bodies with sincerity and Unity of Purpose. He should belong to all academic bodies and non all academic bodies and as such, he would treat them the same way he wants to be ted and by that, they will collectively demand a better education via proper funding and shun things that are inimical to the advancement of the citadel of learning” he said

I expect him not to disappoint his students, Tejumoluwa Adebisi told Within Nigeria

“ Well I don’t know the new VC, but for him to be the number one on the winning list he sure has to be a good man and the best choice for the position of the VC. I expect him not to disappoint his students, And he should equally just prove the ife’s wrong” she said

“My view on the appointment is succinct because the appointment of VC is based on academics merit and not indigenous post. My expectation from the new VC is to rebuild OAU,” he said

For Boluwatife Ojo, a 500 level law student, security, health facilities, accommodation are what he wants the new VC should focus on.

Ojo said that quite a number of students are not given the opportunity to live on campus and they tend to face security issues.

“ As a student, our expectations are not far-fetched. My expectations from the new VC, aside from the fact that he has also been a deputy vice-chancellor, he must have been abreast of some of the complaints of students which doesn’t exclude the Issue of accommodation. We as students are facing a lot when it comes to this, as more than half of the students of OAU were not given a chance to live on campus, we live outside and face several issues like security threats.”

“We need our new VC to make the school security to be more proactive, and maintain more synergy with sister security agents so as to combat all these threats. I personally will want the school to also work out ways to maintain the synergy and maintain checks on private hostels so as to check facilities of the private hostel and also talks on reducing exploitation from this hostel owner because virtually almost every year this hostel increases their rent despite not providing necessity for the student.”

“ We students need intensive, good health facilities for the student. Going by the antecedent the track record for our health centre is so devastating as death which could have been avoided has been caused due to bad, poor and not proactive, redundant personnel working there” he said

The Obafemi Awolowo student’s union has charged the newly appointed Vice-chancellor to prioritize students’ welfare noting that it is the union’s paramount interest.

In a conversation with Taofeek Ogunperi, the union Publicity Secretary, the union expects Prof. Bamire to proactively address the concerns of students.

“The Union wants the new VC to prioritize the welfare of students, as that is the paramount interest of the Union. The Union expects the new VC to address concerns of students proactively and ensure that the Students’ Union takes active participation in addressing such concerns,” he said

“The Union has not met with the VC. Whenever the Union meets with the VC, other than congratulating him, the Union, through its officers, shall impress upon him the interests of Union members which he and his team are expected to work with.” He said