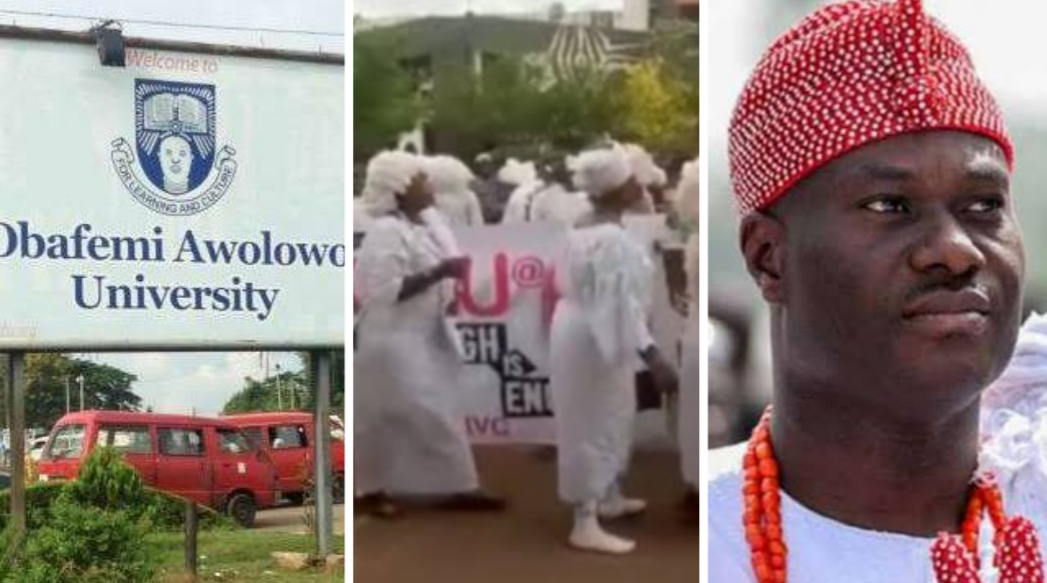 Ile-Ife, an ancient town in Osun is in dire need of serious attention and prayers. The craddle of Yoruba race should not be left alone to withstand its ‘current shallows’. This is no doubt the best moment to rescue the ancient town from its shadow, low-self esteem, insecurity and a ‘colony of selfish cabals’ who are always taking the wrong route to display the greatness of the town. Sadly, some indigenes are making mockery of the same ladder (culture and traditions) that took the town to greatness while community leaders including the custodian of the said ladder are watching carelessly. This is the time for the truth. Ile-Ife needs more than prayers and attention. It needs caution too.

It is interesting to note that in the last twelve months, each time Ile-Ife went viral or featured in the news, the ancient town never stepped out of mud. It all started when Prince Rahman Adedoyin, a worthy contestant of Ooni’s stool who is still in prison was alleged to have been involved in the death of Timothy Adegoke, a MBA student of Obafemi Awolowo University. The case was still really hot when Naomi Silekunola, Queen of Ife kingdom and mother of Oba Ogunwusi’s only son, Tadenikawo announced via her social media handle that she has divorced the paramount ruler of Ife Kingdom, Oba Adeyeye Ogunwusi. Few weeks later, Heritage Ajibola, a fresh student of Department of Linguistics and African Languages, Obafemi Awolowo University (OAU), Ile-Ife reportedly died in a soakaway. Apart from these viral incidents, there were also reports of burglary, rape, attacks and other social vices too.

Ile-Ife, the host community of Obafemi Awolowo University is in the news again. Besides the ongoing land tussle which has created a wide gap between the institution and the town, the selection of a new Vice-Chancellor has escalated the whole scenario. Much interests surround the vice-chancellor’s tussle. The varsity wants to protect its lands and integrity while the other party wants a vice-chancellor who must be a native of Ife kingdom. The former wants those lands for its growth and development while the latter wants to take over those lands for its growth and development too. All interests can be easily traced to lands especially resources in those lands.

The vice-chancellorship’s tussle was a clear contest of processes and tactics. In every contest, there must be a winner and surely, grievances must be allowed and taken into consideration. But the defeated party goofed. There are laid down procedures to report any suspicious moves which they completely ignored. They took the wrong route. They did not condemn the selection process that gave their chosen candidate 9th position rather they maligned the personality of the winner of the selection process.

I watched videos of how followers of River goddess, Osun were chanting the name of the deity in vain, invoking her spirit to instill fear. I also watched videos of some traditionalists including masquerades scaring and attacking innocent students and staffs of the institution. Sacrifices and charms were carelessly displayed at strategic corners of the university. This new low is disturbing.