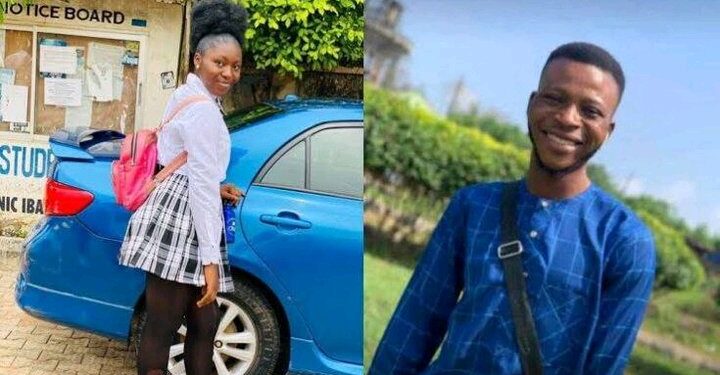 The death of two students at The Polytechnic, Ibadan has left controversy in its wake. Some alleged that they died following drug-induced marathon sex. But a source at the University College Hospital (UCH), Ibadan, where one of the deceased students was taken to, said allegations of sex romp were unfounded.

Students at The Polytechnic,  Ibadan, and the public were shocked when a  National Diploma II student in the Department of Civil Engineering, Oromidayo Daniel, and Aramide Adeleke, a National Diploma II student at the  Department of Business Administration died after allegedly having marathon sex with each other. Both students were said to be under the influence of some sex-enhancing drugs.

However,  a source at the polytechnic noted that online reports indicting the deceased students were wrong.

She said: “The majority of online reports said the students died from sex romp or marathon sex. That is not true. A neighbour to the guy, Daniel, said generator was switched on that fateful day and it is most likely they inhaled the fumes and died. But sex? It is not. Then, who was there to count the number of rounds? People are fond of spreading rumour. It is terrible.

Within Nigeria gathered that Aramide didn’t die immediately, she was rushed to the University College Hospital (UCH) in Ibadan where she received treatment. A source at UCH later confirmed her demise after some days.

An official of the UCH said: ” UCH never issued any report and it is the polytechnic’s authority that should have spoken. UCH cannot be a party to this case because just like any patient would come to UCH, we never carried out an autopsy on her, so we wouldn’t know if she died of any complications. But I think it is a criminal case so the police are in a better position to throw light. She was our patient and she died.

However, Within Nigeria learnt from a source close to the family that prior to Daniel’s death on May 17, he had gone for his brother’s burial in Ijebu-Ode, Ogun State. The source said he was preparing for his examinations when his brother died. He noted that he died after attending his brother’s funeral.

He said a check was conducted on his room and it was discovered that he and Aramide died in the bathroom and they saw books with them.

He said: “Daniel is an easy-going and gentle young man. He attended his brother’s funeral and was deeply pained. How can a bereaved person engage in marathon sex? Sadly, he died the day after attending his brother’s burial. All the stories of sex romp are mere hearsay. People should learn to verify things and get the truth before speaking about them,” he said.

Management distances self from incident

The management of the polytechnic has said it does not regulate the lives of its students and is only concerned about their academics.

The Public Relations Officer of the polytechnic, Mr. Adewole Soladoye, told Within Nigeria that the issue was a security-related one because the student did not die on campus.

“That is a security matter because the student did not die at the hands of the institution, it is now a security matter. If it is linked to the school, it is because they are students. That does not mean we regulate their lives. We regulate their activities, not their lives. Whatever that has transpired happened outside the polytechnic and it is not a security threat to the polytechnic,”  he said.

He said: “Investigations are ongoing. Updates would be provided accordingly, please.”