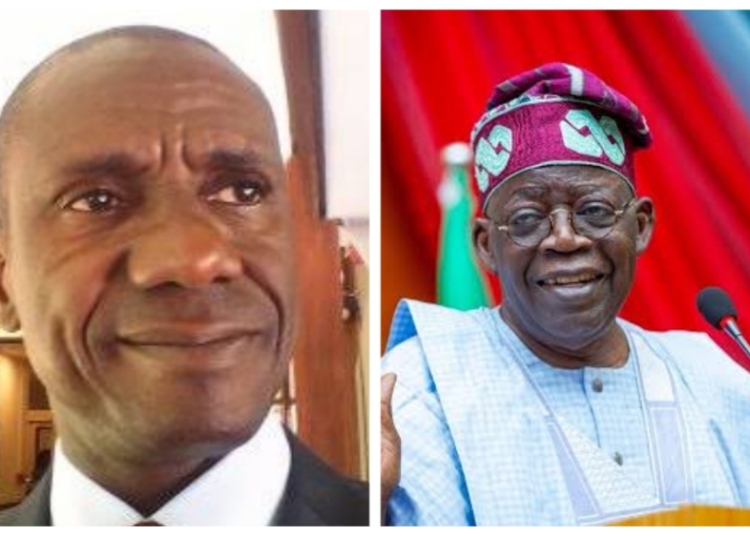 Head of Wisdom Church International in Lagos, Prophet Bisi Olujobi on 25th of May, 2022 prophesied that Asiwaju Bola Ahmed Tinubu will not win the presidential primary election of All Progressives Congress (APC).

According to the cleric, his monthly prophecies “as ordained by God”, revealed events that will happen in Nigeria soon.

This was contained in a statement released on Wednesday by the religious head of Wisdom Church International.

Olujobi said, “Asiwaju Bola Ahmed Tinubu will not clinch the APC presidential primary election that is slated for the end of this month, May.”

Olujobi noted that the leading All Progressives Congress (APC) aspirant “will be shocked as there are strong conspiracies waiting for him”.

“I see Tinubu cheaply humbled and humiliated. His plan to shift tent to another party will also not work, as it is not in the mind of God for him to rule this nation.”

Olujobi added that the politician’s health “is not in order and the conspiracy against him is too heavy for him to bear”.

He, however, maintained that no level of permutation or arrangement will work in the 2023 presidential election as witnessed previously.

However, Bola Ahmed Tinubu, a former Lagos governor polled 1271 votes at the presidential primary election of the All Progressives Congress which was held on 7th of June, 2022 at the Eagles Square in Abuja.

Tinubu defeated Vice President Yemi Osinbajo, Rotimi Amaechi, Ahmed Lawan and others to clinch the presidential ticket of the All Progressives Congress (APC).