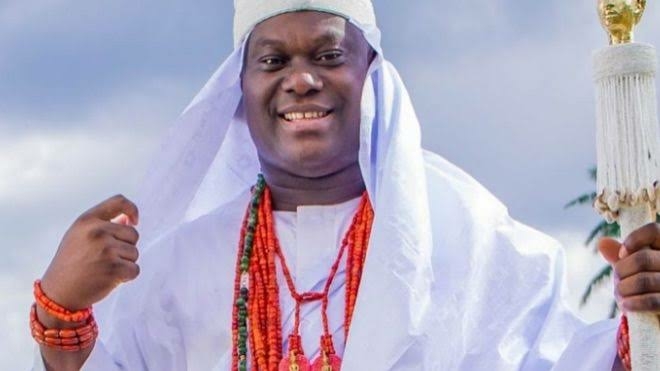 The progressive demise of the Yoruba race is not solely the fault of white people. Language, meals, traditions, and custodians are the four pillars that the Yoruba race is solidly built around. Three of these four pillars have been obtrusively penetrated, and the fourth pillar, which is meant to fortify the other pillars, is on the edge of collapse.

It’s interesting how every time the Ooni of Ife, Enitan Ogunwusi, sat in a church or among prominent Christians, he always ended up making fun of his ancestors.

In 2016, he celebrated Father’s Day at the RCCG in Washington, DC, and praised those who view the adored gods of the race he is guiding as devils. He chanted praises to honor Jesus Christ in the palace of his forebears as he celebrated his first anniversary with a Thanksgiving service there in 2017.

In 2018, he gathered for prayer with the Christian Association of Nigeria (CAN) and sang praises with sworn rivals of the deities of his ancestors. He compared Jesus Christ with the Yoruba diety, Oluorogbo in 2019, seeing a few minor connections between the two.

Poor Nigerians and their battles of emotional blackmail against the rich

The ruler, who is also known as the guardian of the Yoruba race and the renowned intermediary between the people and the Yoruba gods, shocked everyone by proclaiming that Jesus Christ, not the gods, is seated with him on the throne. He further asserted that Jesus changed his guilt into joy.

Enitan Ogunwusi is in fact entitled to freedom of speech and religion. He is free to practice his preferred religion and go to mosques or churches. However, the Ooni, who is the supreme monarch of Ile-Ife, possibly the birthplace of the Yoruba race and the renowned go-between for the gods and the Yoruba people, is distinct. A center for intricate traditions and rituals is the Ooni.

Whoever is installed as the Ooni of Ife has duties that go beyond donning crowns, royal beads, and traditional attire, as well as leading a retinue of aides who also dress traditionally. He must also be consciously protective of and supportive of the customs of our ancestors.

It is distressing that Oba Enitan Ogunwusi, the supreme head of state of a Yoruba town where countless gods are said to have descended from heaven according to Ifa panegyrics, has greatly diminished the significance of these deities without regret.

The involvement of someone who underwent a number of spiritual rites before receiving his crown and continues to observe traditional core holidays is even more upsetting.

Oba Ogunwusi likely returned to the palace to sit on the throne of the ancestors he had ridiculed after making that comment. When he returned to the Ife Kingdom, he was likely held in high regard and given special treatment. He was presumably exalted to the heavens in the same Ifa panegyrics that he mocked for being ineffective.

Would his assistants cover him as usual in white Agbadas? Would he continue to refer to himself as an Oduduwa descendent and an agent of the deities he mocked? Does it imply that all of the major holidays observed in Ile-Ife are not celebrated because the people appreciate or respect their ancestors’ legacy, but rather because doing so will bring the kingdom wealth and honor?

Oba Ogunwusi has subtly sent a message to those who attend core festivals that prayers or requests are not granted if the self-proclaimed Arole Oduduwa and celebrated mouthpiece of Yoruba gods who enjoyed the throne and every privilege associated with it claimed that a foreign god, Jesus of Nazareth, delivered him from tribulations and shame.

I agree with the majority of Yorubas who believe the current monarch cannot sustain the duties placed on our people. Someone who truly comprehends what the honored stool represents is needed. There has never been a better opportunity to promote the involvement of people who are knowledgeable about the history, customs, and culture of our race.

Ifalade Ogunyomi believes that these nonchalants do not deserve those thrones and that no procedure can be artificially controlled to produce good items. We must raise the bar for royal behavior and promote sincere engagement. The ifa diviner claimed that kings who make fun of traditions like clowns are the results of politicized and corrupted systems.

When will the Ooni of Ife, Oba Enitan Ogunwusi, and those who act like him stop making fun of the customs that have given them so much?