The 60-year-old posted her congratulations on Instagram on Sunday, shortly after the 29-old-was announced winner.

“Congratulations on your well-deserved Grammy,” Kidjo wrote along with a picture of the two of them taken last year. 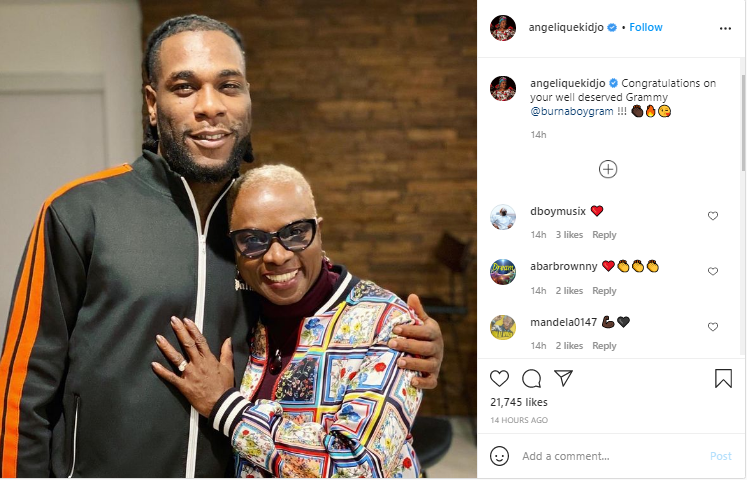 Burna Boy was nominated in the same category in 2019 – then known as Best World Music Album – but lost out to Kidjo at the awards ceremony in 2020.

However, Kidjo dedicated her win to him, saying: “Burna Boy is among those young artistes that come from Africa that is changing the way our continent is perceived and the way that African music is the bedrock of all music.”

She also visited him and his mum after her Grammy win last year.