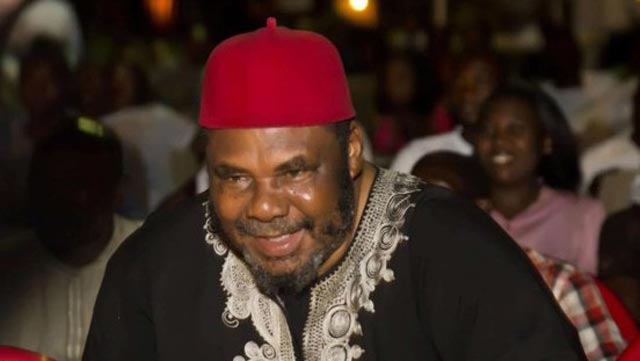 VIDEO: If you feel your husband cheats on you, put condoms in his bag – Pete Edochie

Nollywood veteran Pete Edochie has caused a stir on social media with his advice that women should be submissive to their husbands and not leave their marriage even if the man is cheating.

The actor stated this in a video in which he advised women to put condoms in the bags of their husbands if they suspect him of cheating.

He described is message as “few words for all women on this Mother’s Day” in an Instagram post on Sunday.

Hear him: “A lot of you right now are not in your husband’s house. You say that ‘he was cheating on me’. Solomon, I think, had about 1000 wives and 700 concubines. If your husband is cheating on you and now decides to take many more wives, what are you going to do? Nothing. Absolutely nothing.

“If you think that your husband leaves the house and says that he is going on tour and he is going to have an affair outside, put a packet of condom into his bag; tell him that you have packed his bag for him. When he sees it, psychologically, he is going to think ‘this woman has my interest at heart.’ If it is his intention to stray, he will put himself together.

“The thing is that you women are not creative; you want to be like white women who keep marrying and divorcing and marrying. It does not suit us; it does not go down well with us. No.”

The actor, who celebrated his 74th birthday about on March 7, is married to Josephine Edochie.

In the video, the actor noted that men of today are “weak”.

Edochie said, “I am not chauvinist, I am not misogynist, and I am not sexist. If you drop your father’s name to answer the name of your husband, you are bound to be submissive to him. How can a woman go out of the house in the morning, come back in the night, reeking of alcohol and the husband wants to know why she is late in coming home. And what does she say, ‘if you know what is good for you, just get out of my way let me go and sleep.’

“Well, they can afford to say that today because the men of today are very weak. If you said it in our own time, you would never be in one piece again. I mean every word of what I am saying. We got married when men were men and women did not insult us that way.”

While some believe the septuagenarian’s utterances are wrong and insensitive, others argue that his long years of marriage is proof he knows the secret of marital bliss.

The movie star known as the Ebubedike of Nollywood stirred similar controversy about marriage and relationships last year when he kicked against men kneeling to propose to women.

In a video that went viral in February 2020, the Lion Heart star said, “Any young man who gets on his knees to propose to a girl, is not just an idiot, he’s a bloody fool, a compound buffoon.”