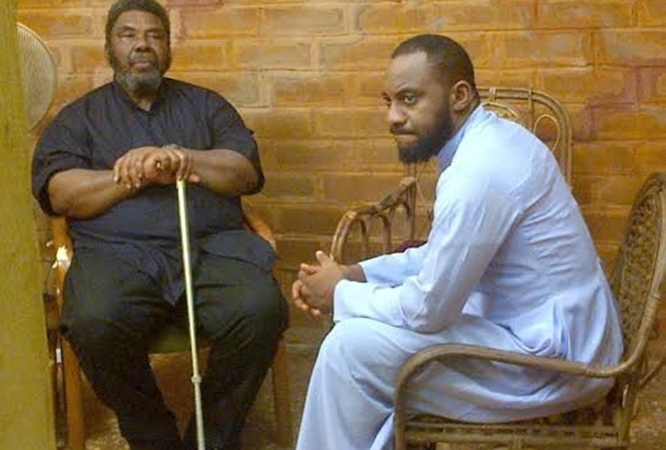 After  Nollywood veteran, Pete Edochie, advised fathers, who want to gift their daughters cars, to buy the car in the daughter’s husband’s name, his son Yul Edochie has disagreed.

Pete Edochie recently shared his opinion on marriage and he made some controversial statements.

He also advised women whose husbands are cheating to buy condoms and supply their cheating husbands with them.

He further accused men of this generation of being too weak as women can now talk back at them.

On giving gifts, Pete Edochie said any father who wants to gift his married daughter a car and gives it in her name is destroying the daughter’s marriage. He advised the father to buy the car in his son-in-law’s name.

But his son, Yul, disagreed with that part and he took to his Instagram to share his opinion on the matter.

He said that if he wants to give his daughter a car he will register it in her name.

” Of course Chief is entitled to his opinion.
@peteedochie
And back then their ways were different.
For me, if I buy a car for my daughter @danielleyuledochie as a wedding gift, I’ll give it to her to register in whatever name she likes.
If she asks me to do the registration for her then I’ll register it in HER name.”