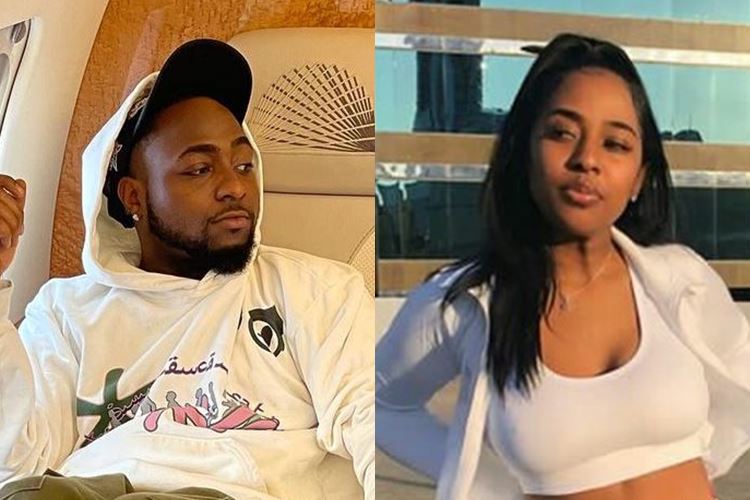 Mya Yafai, Davido’s alleged new girlfriend, has taken to her heels to take cover from Instagram after images showing her locking lips with the Nigerian pop star surfaced on the internet.

Mya Yafai deactivated her Instagram page following the harsh comments she was receiving from social media users, including fans of Davido and Chioma Rowland’s relationship.

Davido is currently engaged to Chioma, his baby mama, who he has professed his love to several times—publicly and privately.

Recall that Mya Yafai and Davido sparked outrage after they were spotted at St. Marteen about a month ago. This raised speculations that they are dating each other.

Mya Yafai was in a relationship with American rapper Young M.A before her closure with afro-fusion star, Davido, started in January when they were spotted together in Lagos and Ghana.